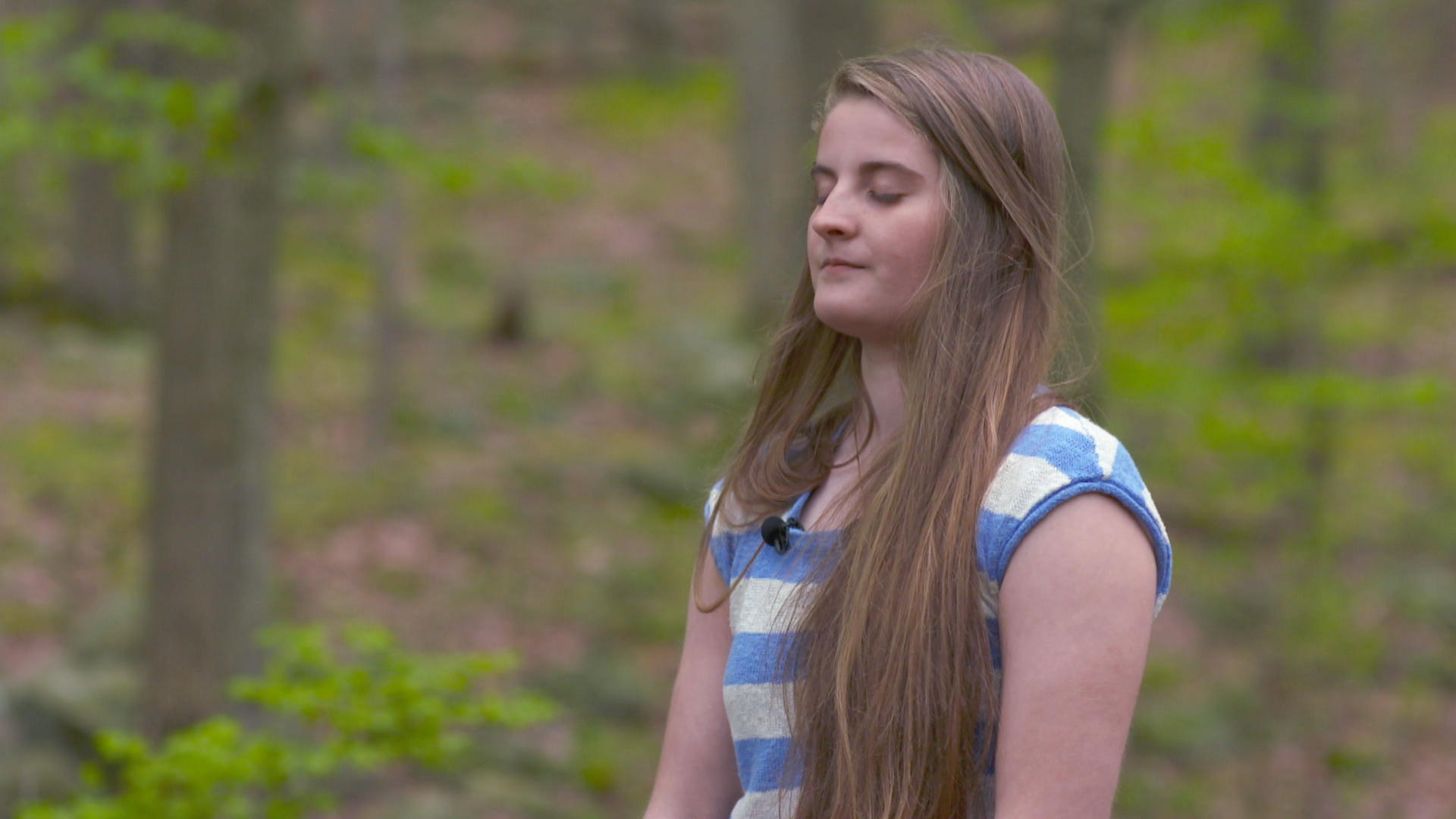 In our series, Pay Attention, we explore ways to sharpen our focus and recapture our attention from distracting technology. Americans spend an average of 93 percent of their time indoors or inside a car, meaning just 12 hours a week is spent outside. There is mounting scientific evidence that spending time in nature is good for your body and your brain. In this installment, we explore a popular activity prescribed by Japanese physicians for years: forest bathing.

Over the river and through the woods, nestled in the vibrant forest of New York's Harriman State Park, "CBS This Morning" co-host John Dickerson joined a small group of first-time forest bathers.

Forest bathing is the practice of immersing yourself in nature by engaging the five senses. This is not a hike. There is no destination or goal. It's about discovery and awareness.

"I heard the river so clearly," one first-time forest bather said. Another liked the opportunity to "just be alone."

Those first-timers, including Dickerson, are guided by Annabel O'Neill. She's like any other 20-year old, active online and posting to social media, but she also carves out time to break free from those digital distractions. It's why she trained to become a certified forest therapy guide.

Dr. Eva Selhub, who wrote a book about nature's effect on the brain, says we're wired to seek out information, which can feed an addictive cycle with technology.

"Well, part of the issue with nature is that the lack of nature is causing part of that shredding," she said. "When we are exposed to nature, there's this 'awe' effect that happens. Literally going from feeling closed to feeling open and connected, to feeling like we belong. Dopamine gets released. Our immune system is improved. And the stress response is decreased," Selhub said.

Meaning all of the wiring that works against you when stressed can work for you in nature. In fact, nearly 15 years and millions of dollars of research, much of it in Japan, reveals that spending time in nature can reduce inflammation, depression, and anger while improving cardiovascular health, cognitive function, creativity and concentration.

"Being out in nature gives us that second to just, you know, take a breath. And the minute you do that, you open up the brain centers to be able to concentrate more on what you do need to do," Selhub said.

"There seems to be some resetting of our attention span in natural spaces," she said. "Sometimes I get concerned that the more that interaction is with the screen and less with actual people and places, the less opportunity kids have to develop the emotional and social skills that it takes to get through life."

It's why she actually prescribes nature to help parents who can't seem to pry their children, or themselves, away from their cellphones.

"There are studies showing that there are specific health benefits to a forest. But if it can't happen in the forest and it happens on the corner of your street, that's still important," she said.

Because whether you are a "digital native" kid on a nature walk holding a bug for the very first time or a grown man playing king of the mountain, your body and your brain will soak up the benefit.

For forest therapy guide Annabel O'Neill, it's about getting people more grounded.

"And remember what it was like to be 7 again... doing something just because it's calling you or you feel like doing it," O'Neill said.

Studies show natural chemicals released by plants have a positive effect on our stress level and immune response. And it's cumulative, so the benefits from a weekend in the woods will last at least a week. There is also evidence that pictures of nature have a similar effect, so take it all in.