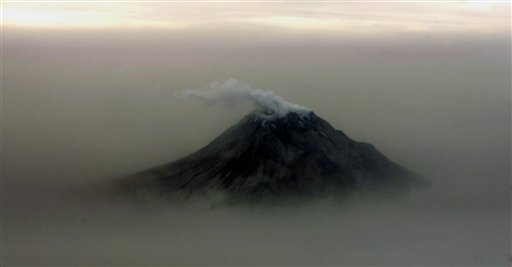 Carl Pavano's family made the drive from Connecticut to witness his first major-league win, but there was no big postgame celebration planned.

"Nah, nothing special," Pavano said after pitching 7 1-3 strong innings as the Montreal Expos beat the Philadelphia Phillies 4-3 Tuesday night. "My dad's got to work tomorrow, so I think they're going to just drive back."

Besides, said Pavano, "Hopefully, there'll be a lot more."

Pavano (1-0), a highly-touted right-hander obtained by Montreal in the trade that sent Pedro Martinez to Boston in November, allowed three runs and four hits in only his third major-league start. He struck out four and walked two.

Despite pitching his fifth complete game of the season, Curt Schilling (5-6) lost his third straight decision. He gave up 10 hits and four runs, struck out six and walked two.

Schilling, the major-league strikeout leader with 125, also gave up 10 hits in his last start, lasting only five innings in a game against the Cubs on May 28.

The Phillies stranded the tying run on third in the ninth when Ugueth Urbina got Alex Arias to hit a foul pop to first baseman Brad Fullmer. Urbina pitched the ninth for his 13th save as the Expos won for only the seventh time in 20 road games.

The Expos broke a 3-3 tie in the eighth when Mark Grudzielanek singled, stole second, advanced to third on a wild pitch and scored on Chris Widger's sacrifice fly.

Philadelphia tied the game 3-3 in the seventh with an unearned run.

Bobby Abreu walked and stole second before Mark Lewis hit a routine grounder that got by shortstop Grudzielanek for an error, putting Abreu at third and Lewis at first. Arias' RBI groundout then scored Abreu with the tying run.

Scott Rolen's solo homer in the sixth cut the Expos lead to 3-2. It was his 12th homer of the year and sixth in 14 games.

The Phillies made it 3-1 in the third on Gregg Jefferies' fielder's choice grounder.

Three doubles in the third inning helped the Expos take a 3-0 lead.

F.P. Santangelo singled with one out and scored on Jose Vidro's double. With two outs, Fullmer doubled to score Vidro and Rondell White doubled home Fullmer.

Notes: The Phillies took 25 players in the first day of the draft, beginning with first overall choice Pat Burrell, an infielder from the University of Miami. ... he Expos took a Philadelphia-area player, high school shortstop Josh McKinley from Downingtown, Pa., with their first pick in the draft (11th overall). ... Dustin Hermanson, who pitched Saturday for the first time since going on the DL May 17 with a muscle strain in his back, will rejoin Montreal's starting rotation Saturday against Tampa Bay. Batista went back to the bullpen. ... Shane Andrews leads the Expos with 10 homers, but he only has 18 RBIs. ... Relaford left the game in the fifth with a strained left groin.