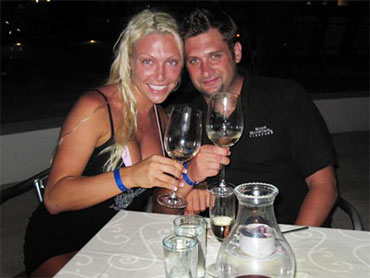 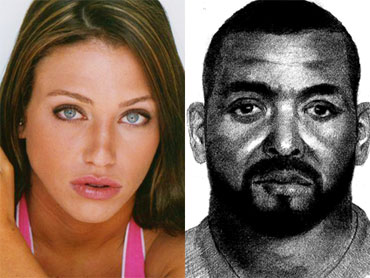 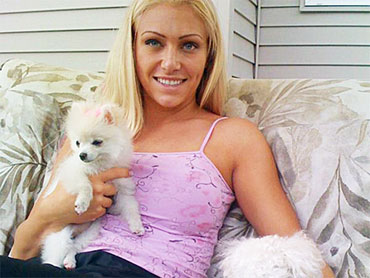 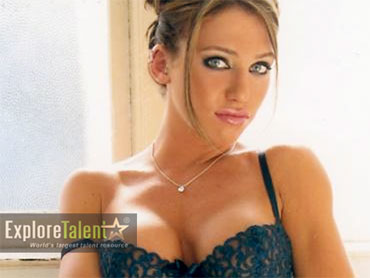 (ExploreTalent)
MIAMI (WFOR/CBS) Kevin Klym waited in line to get into Club Space in downtown Miami early Sunday morning, but unlike the partiers around him, he and the private investigator he hired had a very different goal.

They were looking for a club employee who they believe resembles the suspect in the murder of Klym's girlfriend, 26-year-old former Playboy model and Michigan native Paula Sladewski.

"Kevin just came out here today, he flew in from Michigan and he wanted to see if he could recognize any of the bouncers in Club Space," said David Wasser, the private investigator Klym hired.

According Wasser, Klym believes the man in the suspect sketch police released may be the club bouncer who checked both his and Slawdewski's IDs - and then threw Klym out of the club after the couple had an argument.
Photo: Paula Sladewski.

Klym says, "We got separated, the bouncers kicked me out of the club, they made me leave but they let her stay, that's the last time I ever saw her alive."

Grainy surveillance video shows Sladewski leaving the club around 7:30 in the morning, January 3rd with an unknown man following her. That night, police found Sladewski's burning body in a North Miami dumpster.

Her family is understandably distraught. Her sister Kelly Farris said in a previous interview, "I'm the voice for her. She can't speak. Only God knows who the killer is and I want the killer to pay for what he did."

Over the weekend, Klym failed to find the bouncer he believes he recognized from the police sketch, and Wasser says it appears many of the club staff has changed since the murder, including the manager.

Klym could only listen to tips from club-goers, and he passed out fliers to anyone who would take them.