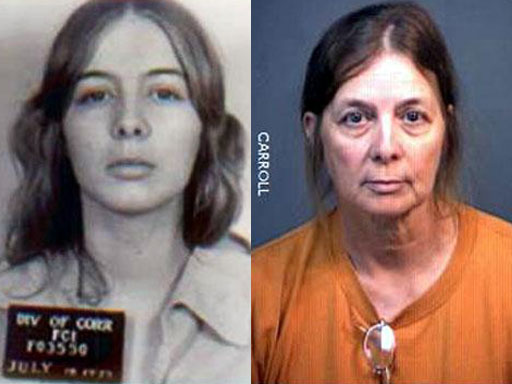 The 56-year-old was sentenced to five years in prison on July 18, 1975, on charges of buying, receiving or concealing stolen property. She and another inmate disappeared less than two months later.

The other inmate was found, but Carroll had stolen the identity of a West Virginia woman named Sharon Brown, say police, and was living as her in Melbourne, Fla.

CBS affiliate WKMG said as Carroll walked from her car on Tuesday, her birthday, police arrested her. She told them, she had "been thinking about this day for a long time" and that she's "glad it's over," according to the Department of Corrections.

A tipster contacted the state corrections department on Monday.

Carroll is being held without bail.