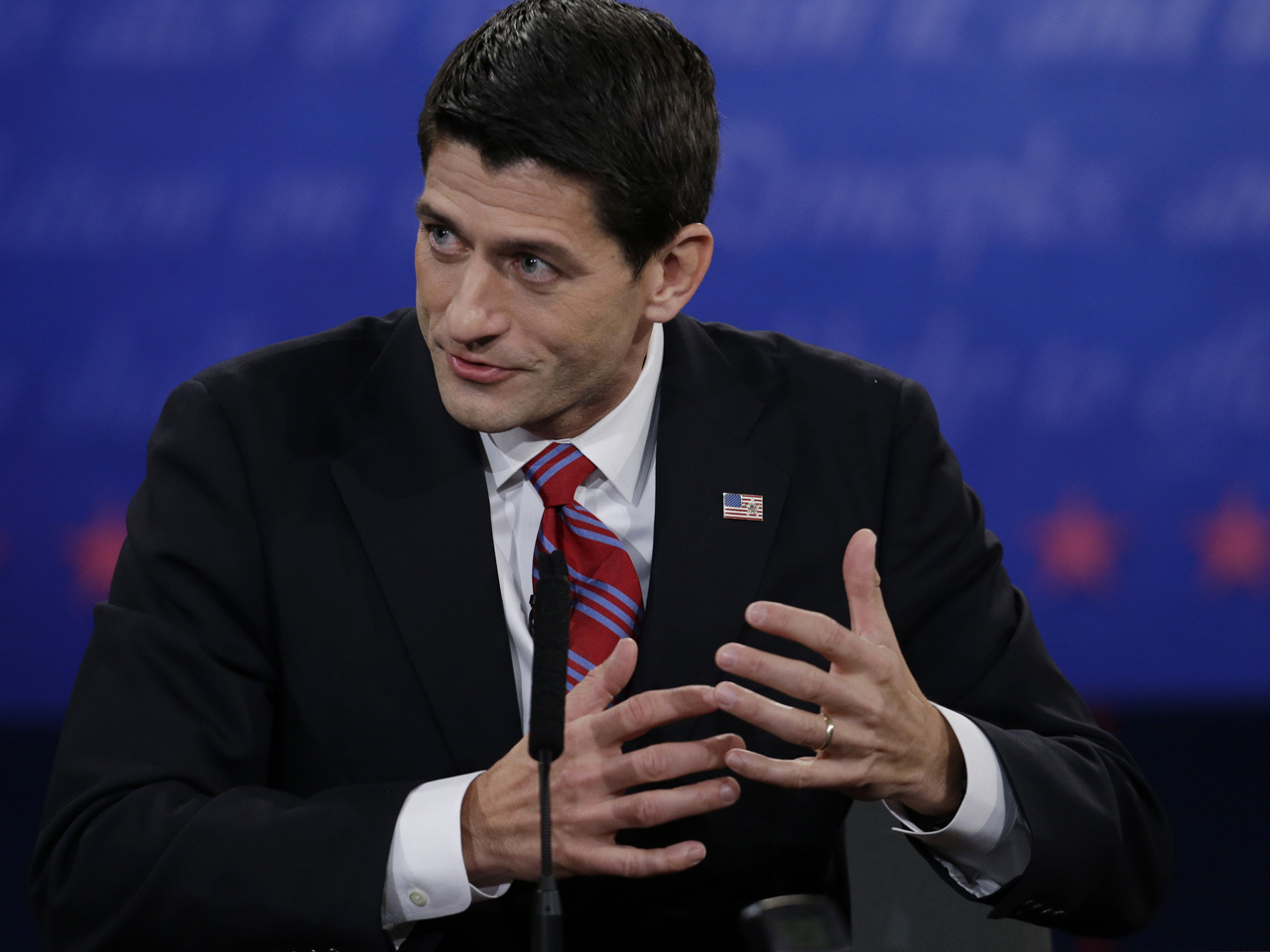 One of the things that stood out at Paul Ryan's debate last week with Vice President Joe Biden wasn't his political or oratorical skills - it was his attention to hydration.

"I'm always seeing this advice, drink eight cups of water, and I think, 'Who does that'?" joked WTMJ radio host Charlie Sykes of Milwaukee when he greeted Ryan at the start of an interview on Friday morning. "The answer is Paul Ryan."

"If you watch me during the day, you'll see a bottle near me," Ryan said, adding: "I do drink a lot of water. I just have a very fast metabolism."

The Wisconsin congressman's water-guzzling caught the attention of Saturday Night Live, which opened its show last Saturday with a sketch portraying the debate. Ryan, played by comedian Taran Killam, was shown drinking progressively larger glasses of water, culminating with him gulping from the kind of bottle that a hamster would use, suspended over his head.

"I thought it was hilarious," Ryan said of the sketch. A highlight for him seemed to be the point in the sketch when Jason Sudeikis, playing Biden, reached through the split-screen view to wipe away an exaggerated widow's peak that had been drawn on Killam's forehead to imitate Ryan's hairstyle.

"I've been made fun of for my widow's peak pretty much since the seventh grade," he said. He recently told The New York Times Magazine that he used to be mocked for looking like Eddie Munster, the character with a similarly distinctive hairline on the 1960s show "The Munsters."