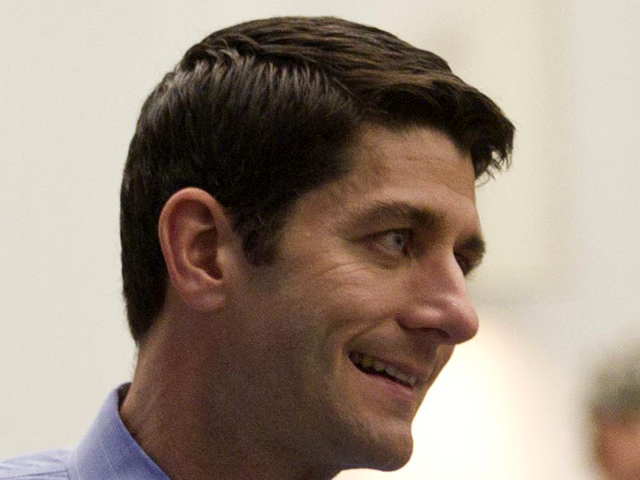 Just a day after Treasury Secretary Tim Geithner announced that the United States had hit its $14.3 trillion debt limit, Rep. Paul Ryan predicted that negotiations over raising the limit would go until the "last minute" - despite Geithner's entreaties to act "as soon as possible" in order to prevent an economic crisis.

Ryan said in a radio interview on Monday that "we're going to negotiate this thing probably up through July, that's how these things go," according to Reuters.

If Congress does not approve an increase to the debt ceiling, the federal government could default on its bonds for the first time in history, much of the government would shut down, and Social Security and Medicare checks would likely see delays as a result of the government's inability to make payments to agencies.

Geithner has repeatedly warned Congress that delaying a vote on raising the debt ceiling could lead to instability in the markets - and that failing to vote in favor of the increase altogether would likely lead to widespread economic catastrophe.

"I have written to Congress on previous occasions regarding the importance of timely action to increase the debt limit in order to protect the full faith and credit of the United States and avoid catastrophic economic consequences for citizens," Geithner wrote in a letter to Congress on Monday. "I again urge Congress to act to increase the statutory debt limit as soon as possible."

Vice President Joe Biden has been working with a bipartisan team of lawmakers to try to hammer out a deal for raising the limit, but the group has yet to put forth a proposal despite weeks of collaboration.

And while most leading Republicans have conceded to the fact that, ultimately, the debt limit will need to be raised, a growing number of conservatives are expressing skepticism over the fact that allowing the U.S. government to default on its debts would really be such a big deal.

"That's disruptive; that's not optimal," Sen. Pat Toomey (R-Pa.) said in a recent interview. "But it's not a financial crisis. It's not a default on our debt. It's not a catastrophe. It's a disruption."

Alabama Sen. Jeff Sessions, the ranking Republican on the Senate Budget Committee, argued that the White House was trying to manipulate lawmakers into passing the increase - much like he said he thought the previous administration had done in passing the federal bailout in 2008.

"Congress was stampeded," Sessions said of the 2008 bailout vote, according to Politico. "They will have a harder time stampeding the Congress."

"The one acting like his hair is on fire is Mr. Geithner," added Rep. David Schweikert (R-Ariz.). "It's absolutely silly. We have plenty of cash flow to pay debt, which means I'm trying to figure out how credibly the administration can keep using that language."

Even House Speaker John Boehner, who has repeatedly emphasized the importance of raising the ceiling, has recently given credence to the doubters.

Geithner argues, however, that failing to meet other financial obligations - such as salaries, tax refunds, and contract payments - would be equally damaging to the U.S. economy.

"This abrupt contraction would likely push us into a double-dip recession," he warned in a letter to Colorado Sen. Michael Bennet on Friday.

Politico reports that, in a speech at New York's Harvard Club on Tuesday, Geithner will take a new tack in his efforts to convince lawmakers to take action, emphasizing that the debt limit debate is really "about the past" and urging them to "not get stuck on a debate about funds that past Congresses and administrations have already committed and spent."