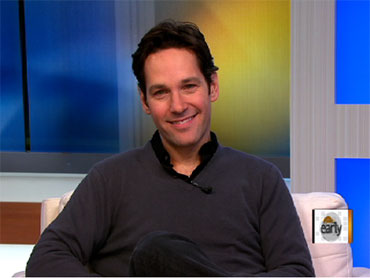 Paul Rudd is a familiar face in many of Hollywood's biggest comedy hits in the last decade.

One of the funniest leading men around, this time he plays George, a loveable, yet troubled businessman who's vying for Reese Witherspoon's affection in the romantic comedy "How Do You Know."

Rudd sat down with "Early Show" co-anchor Harry Smith to share some laughs and dish on his co-stars.

While Rudd's character may be unemployed, his girlfriend recently breaks up with him, and he will soon be out of money -- all the while he's the target of a federal investigation, despite it all, he manages to make the best out of it and is hopeful to find love.

He even gets up close and personal with his co-stars and ends up kissing both Jack Nicholson and Reese Witherspoon.

So who's the better kisser?

"How Do You Know?" opens nationwide tomorrow.