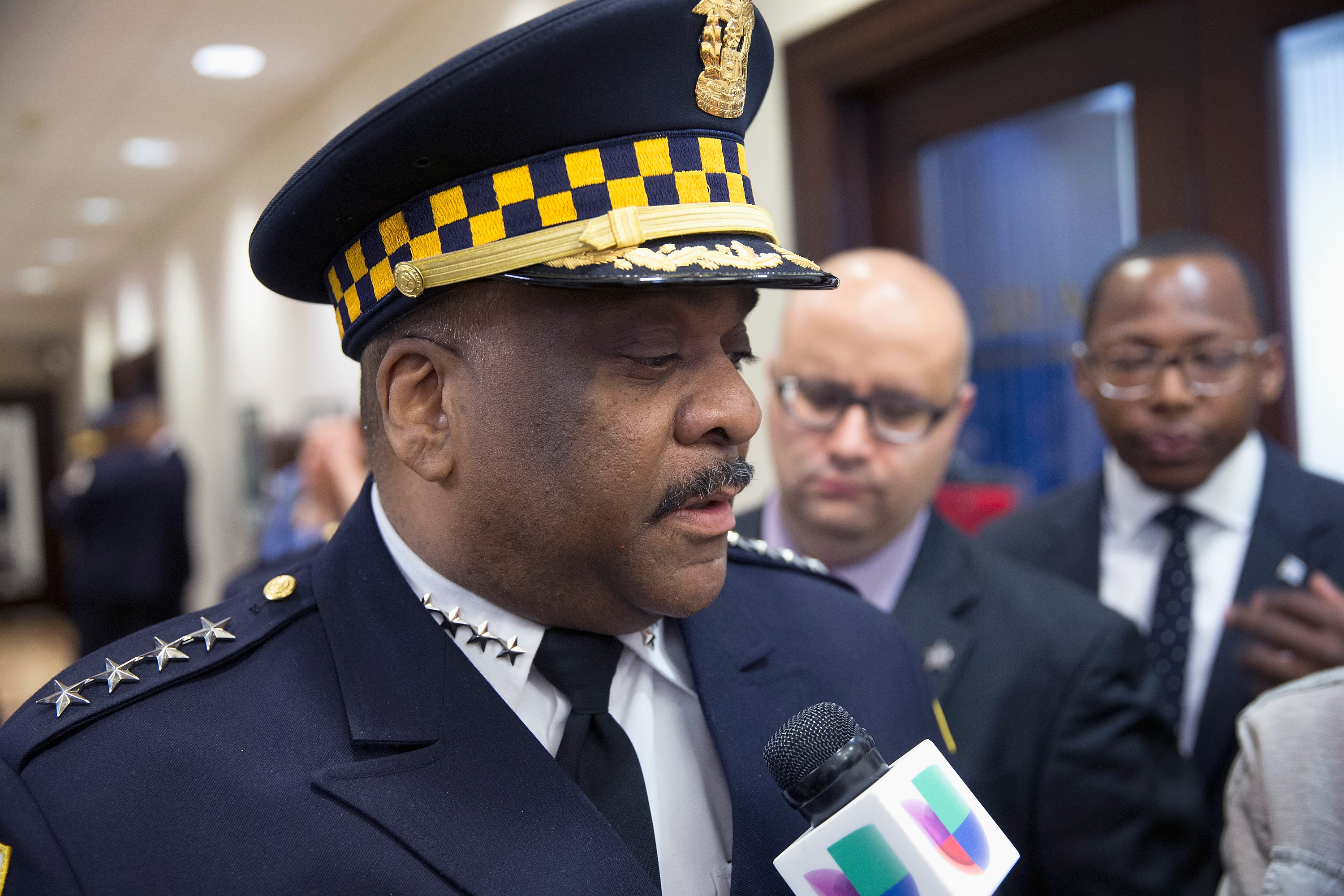 CHICAGO -- The Chicago Police Department superintendent said Saturday that the district where last month's fatal shooting of a black 18-year-old happened had received body cameras about a week prior.

At a news conference, Superintendent Eddie Johnson addressed the nine videos - both from dashcams and body cameras - that were released Friday of the July 28 shooting. The videos show officers firing repeatedly at a stolen car as it careens down the street away from them and later handcuffing a wounded Paul O'Neal, who was driving the car, after a chaotic foot chase through a residential neighborhood in the city's South Shore neighborhood.

"They had had those cameras maybe about a week. ... There's going to be a learning curve," Johnson said of the body cameras.

The officers believed O'Neal was firing at them, but no gun was ever recovered on O'Neal or in the car, CBS News correspondent Jericka Duncan reports.

The news conference came the same day protesters held a rally that originally was to start at the Chicago park where 50 years ago Martin Luther King Jr. called for fair housing practices but was moved a few blocks away at the request of organizers of a festival related to a newly unveiled King memorial in Marquette Park.

Johnson has said the officers, who he noted Saturday received the same training as the rest of the department, violated a department policy.

"I was concerned by some of the things that I saw on the videos and that's why we took such a swift action ... that we did last week to relieve the three officers of their police powers," Johnson said, adding he could not explain what specifically concerned him.

Authorities have neither detailed the specific policy, nor identified the officers.

The department's use of deadly force policy was revised in February 2015 to prohibit officers from "firing at or into a moving vehicle when the vehicle is the only force used against the sworn member or another person." But the policy also says that officers "will not unreasonably endanger themselves or another person to conform to the restrictions of this directive," meaning they have the right to defend themselves if they or someone else are in imminent danger of being struck.

Friday's video release was the first of a fatal police shooting under a new policy that calls for such material to be made public within 60 days. That and other policy changes represent an effort to restore public confidence in the department after video released last year showed a black teenager named Laquan McDonald getting shot 16 times by a white officer.

The moment O'Neal was shot was not recorded because the officer's body camera was not operating at the time, police said Friday. Department spokesman Anthony Guglielmi pointed out that the body camera starts working after the shooting - an indication that the officer, believing the incident was over, thought he was turning the camera off when he was actually turning it on.

"We don't believe there was any intentional misconduct with body cameras," he said.

Attorney Michael Oppenheimer, who represents O'Neal's family, alleged the non-operating body camera was part of a police effort to cover up what he called a "cold-blooded murder."

The head of the Independent Police Review Authority, the agency that investigates Chicago police misconduct, said Friday that the footage was "shocking and disturbing." Oppenheimer said Friday that the video showed officers taking "street justice into their own hands."

The department is going to look at changing training for officers and will take into account best practices from around the country, Bureau of Professional Standards chief Anne Kirkpatrick said Saturday.

Dozens gathered on the city's southwest side to protest police brutality and O'Neal's death, carrying signs with slogans like "Stop racist police terror." Some protesters said they were discouraged by the size of the crowd compared to the crowds that marched in November following the McDonald video's release.

Several also noted they were also upset that 50 years after King Jr. marched on the same streets, they are still having to march today.