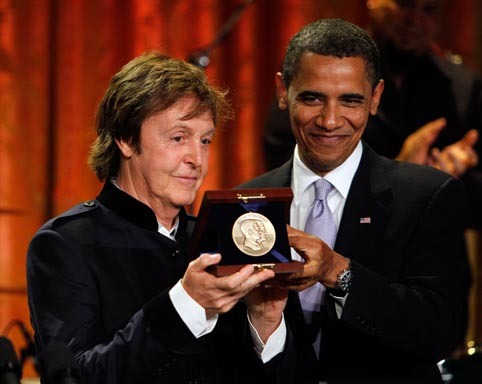 NEW YORK (CBS) Paul McCartney performed and was honored at a White House celebration of the British star.

The former Beatle was awarded the third Gershwin Prize for Popular Song from the Library of Congress at the event, which took place in June and was aired on PBS Wednesday night.

The show opened with some kind words from President Obama, who said, "It's hard to believe that it's been nearly half a century since four lads from Liverpool landed on our shores and changed everything overnight.".

The highlight of the night may have been the finale, when the president and other famous attendees joined McCartney onstage for a singalong at the end of "Hey Jude."

Watch that video below: