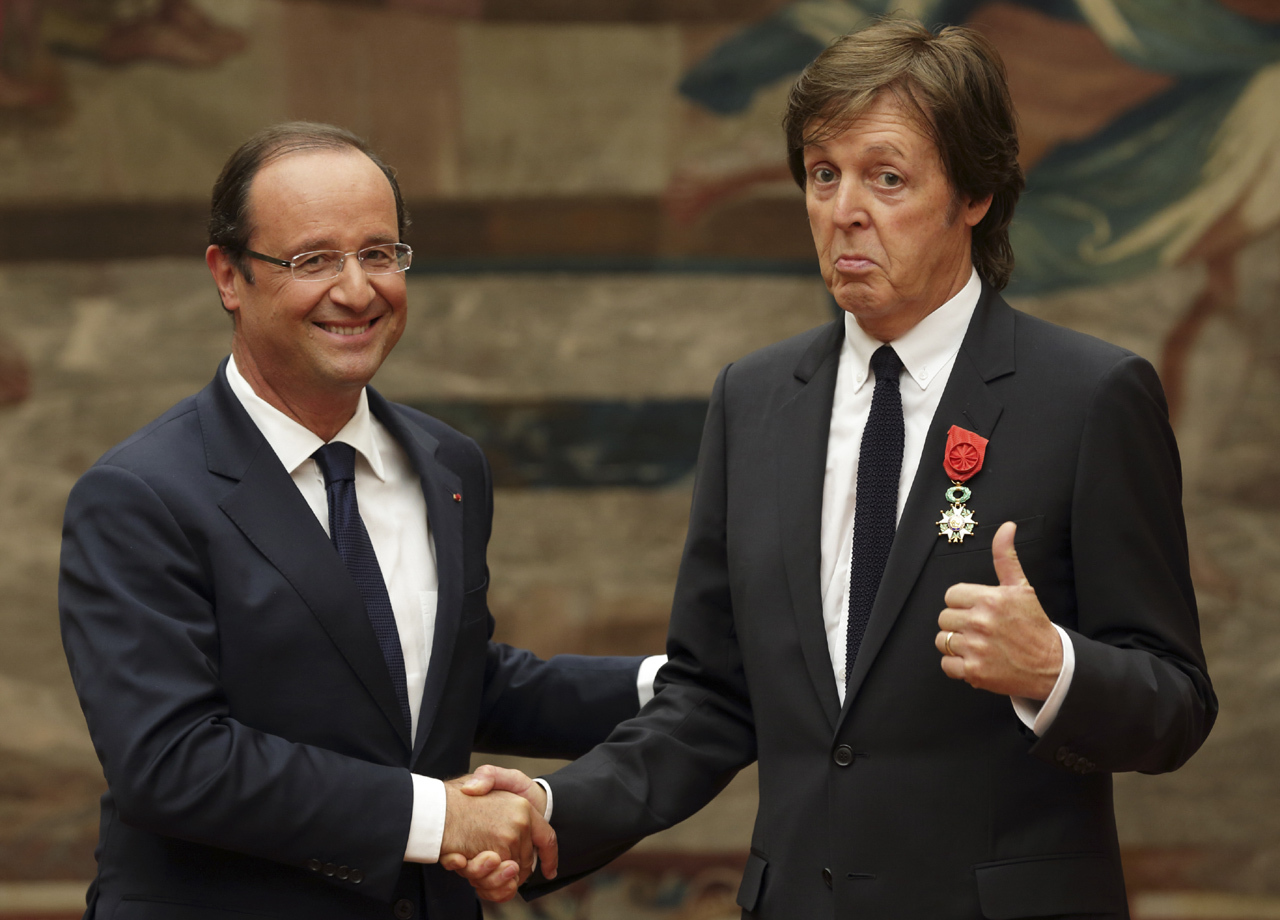 (AP) PARIS - France's Elysee Palace says former Beatle Paul McCartney has been decorated with the legion of honor for services to music.

On Saturday the presidential office said that seventy-year-old McCartney — who sang and co-wrote hits like "Hey Jude" and "Yesterday" — was decorated at the rank of officer by French President Francois Hollande at the Elysee Palace, with members of McCartney's family attending.

McCartney joins the ranks of other singers to have received the honor. Barbra Streisand and Liza Minnelli were similarly honored by former President Nicolas Sarkozy.

McCartney — often referred to as "Sir Paul" or "Macca" in his native Britain — has already received a knighthood from Queen Elizabeth II, who watched him perform at the opening ceremony of the 2012 Olympic Games in London.