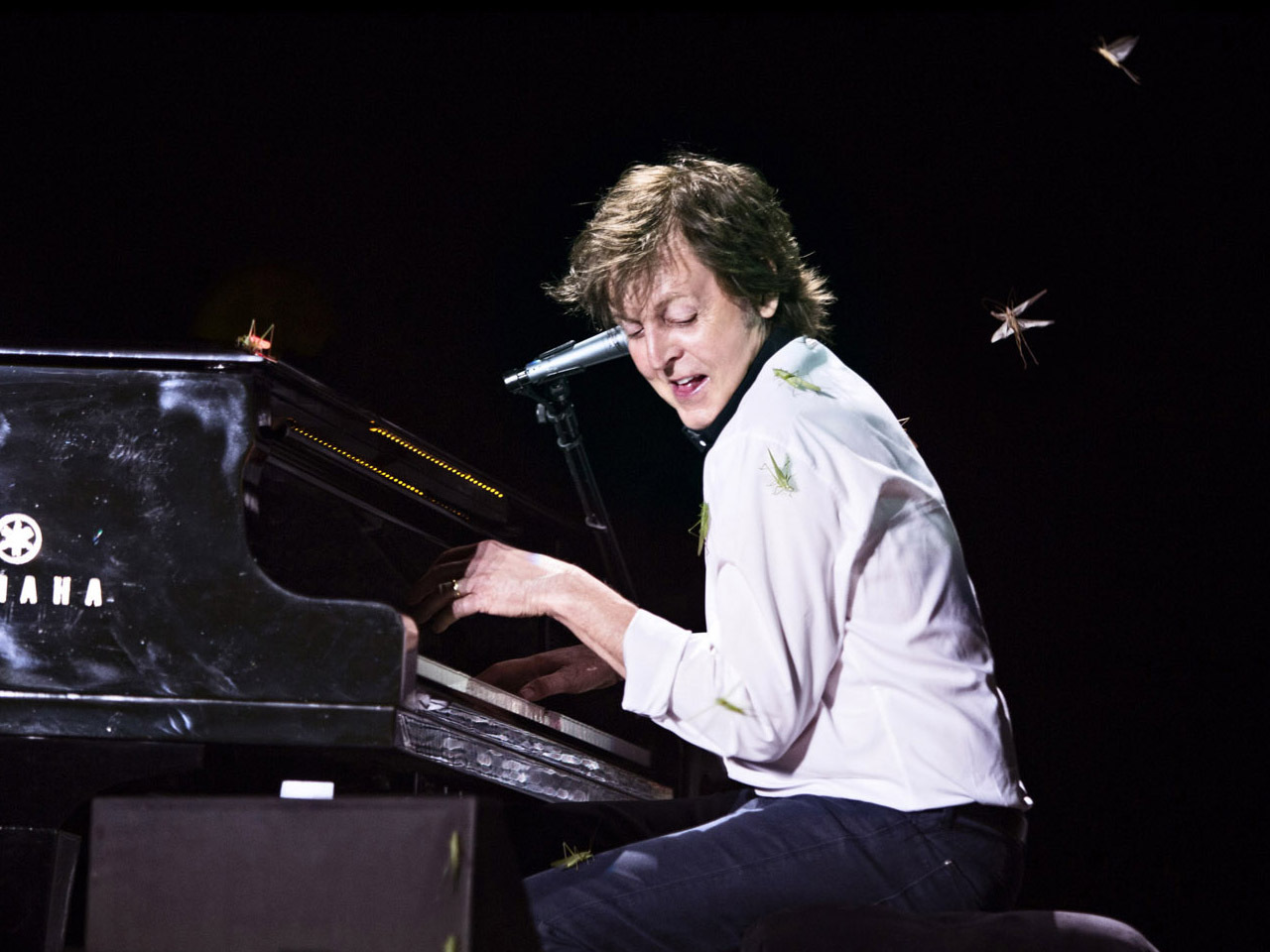 Grasshoppers attacking a Beatle? It's true.

But Paul McCartney isn't going to let a little grasshopper -- or dozens of the flying insects, for that matter -- get in his way. The former Beatle, known for plowing through a show without any breaks -- let alone for a sip of water, was swarmed by grasshoppers while performing in Goiania, Brazil, on Monday night.

But he played on.

Even as several of the critters landed on his shirt, the 70-year-old singer saw the humor in it all, at one point introducing one of the grasshoppers as "Harold" during the performance, as seen in video filmed at this show. "Hello Harold. Say hello to the people," McCartney said to the insect, in front of the 47,000-strong crowd.

During "Hey Jude," McCartney turned to "Harold" while singing the lyric, "the movement you need is on your shoulder," before turning to the audience to say, "It certainly is now" -- referring to the grasshopper invasion.

Showing that he really is one of best performers around, McCartney went on to play the three-hour show, pumping out hits and rare numbers. McCartney kicked off his "Out There" tour on Saturday with "Eight Days a Week" in Belo Horizone, Brazil. Believe it or not, before then McCartney had only played the classic in concert once before -- with the Beatles in 1965.

Check out McCartney's rendition of "Eight Days a Week":