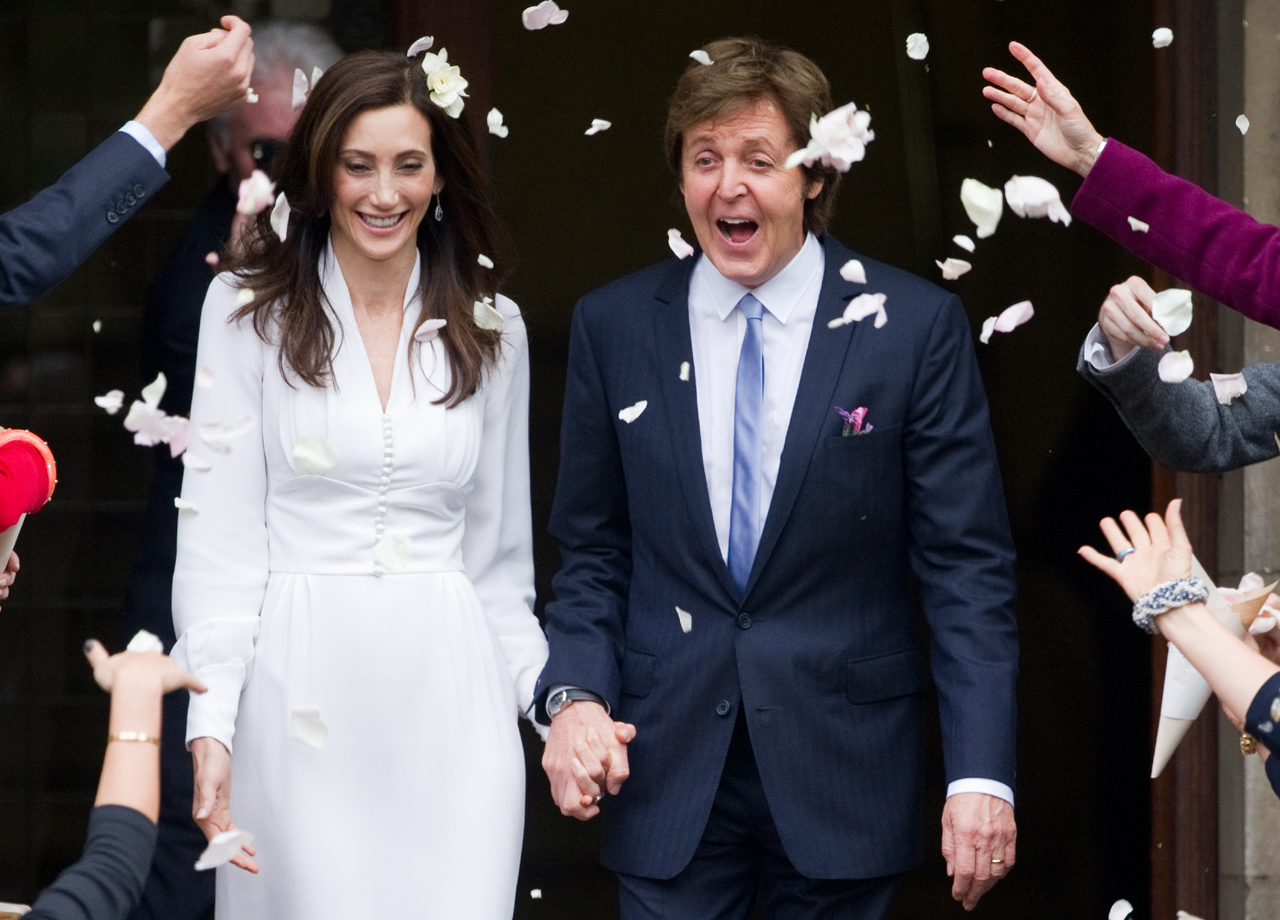 (CBS) Paul McCartney has written plenty of love songs, but he composed a special new one for his new wife, American heiress Nancy Shevell, which he performed at their wedding reception on Sunday.

"There was a lovely song that our kid did, and they had a lovely dance together," the former Beatle's brother, Mike McCartney, told reporters. "That was a nice little highlight of the evening."

He also sang "Let It Be" and "Let Me Roll It," one of Shevell's favorite songs, according to the New York Post.

McCartney, 69, and Shevell, 51, celebrated following their nuptials at London's Old Marylebone Town Hall, where they exchanged vows in front of 30 family and friends. The reception took place at the couple's home in the city's St. John's Wood neighborhood, according to the Daily Mail.

According to People magazine, guests dined on vegetarian fare including an arugula and basil salad, goat cheese polenta, savory tarts and dumplings. There were two wedding cakes - one traditional and one vegan.

Guests reportedly partied into the early hours of the morning. The Daily Mail reports that the reception sparked noise complaints from McCartney's neighbors, and that noise control officers came to the house around 1:30 a.m. to ask revelers to turn down the volume. They did, but the party continued, with Moss and Wood reportedly being the last guests to leave at 3 a.m.

The couple's wedding date and venue both had significance - they married on what would have been John Lennon's 71st birthday, in the same town hall where McCartney married his first wife, the late Linda McCartney, in 1969.

According to reports, McCartney's youngest daughter, 7-year-old Beatrice, served as the flower girl, while his brother was the best man. His daughter, fashion designer Stella McCartney, designed Shevell's ivory, knee-length wedding dress, along with her father's navy suit for the big day.

This is McCartney's third marriage, and Shevell's second.