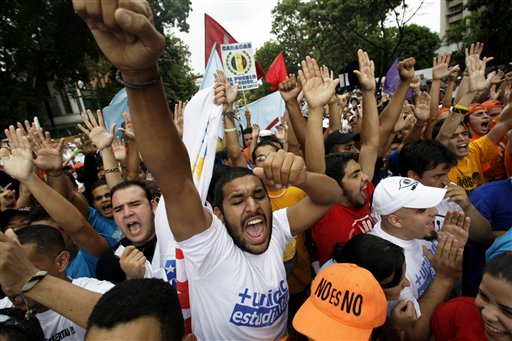 One of the few individuals who might know how Elizabeth Smart feels right now is Patty Hearst, who endured countless horrors at the hands of her kidnappers in 1974 before joining up with their political cause and robbing a San Francisco bank.

Hearst's life with the abductors who called themselves the Symbionese Liberation Army finally ended with her arrest for the bank robbery - in which she had been photographed with a machine gun - causing many to wonder why she hadn't escaped her captors.

"Stockholm Syndrome" - the catch phrase for what happens when hostages and others held captive begin to identify with their captors - wasn't a catch phrase back then.

In a Thursday interview on CNN's "Larry King Live," Hearst - who now uses the name Patricia - says in those days, people "truly didn't understand what goes on, to a person who is held hostage over a long period of time... It was much harder for me because I was not really viewed as a victim for a very long time."

Hearst, who was only 19 when she was abducted, wound up spending 32 months in jail and endured a psychological and legal ordeal of extraordinary length. In 2001, Hearst was pardoned by President Clinton in his final hours of office, and, only a few months ago, SLA members were in court pleading guilty to crimes from that era.

Even so, Hearst - whose status as a newspaper empire heiress had made her a target of the SLA - won the struggle to recover, marrying, raising a family, living the suburban life in the New York area, and acting in several well-received movies.

"I'm so happy for the Smart family," says Hearst, at the same expressing concern that the 15-year-old kidnap victim be protected from people who want to exploit her - including the media - and others who might have good motives but could still harm her through excessive interrogation.

Hearst says Elizabeth needs both counseling and an attorney - for the trials, and to keep the media at as safe a distance as possible.

"If they administer psychological or psychiatric examinations or physical examinations, I would be very concerned that there is no privilege between, you know, this child and those doctors and in fact, at the time of trial, it's possible that - that the defense could then say, 'Well, you know, the prosecution's given these tests. We want our doctors to give her these tests, too,' " says Hearst. "And then she's subjected to, you know, potentially an abuse as bad or worse than the abuse that she received while she was at the hands of her kidnapper."

Hearst warns that there is much ahead that Elizabeth will find difficult.

"We should keep in mind there will probably be two trials - one state, one federal. She's going to be beginning a very long, horrible ordeal."

Hearst says in terms of prosecuting the kidnappers, she sees no reason for Elizabeth to have to go public with all of the details of everything that happened to her during the past nine months, since kidnapping already carries a long sentence.

She adds that if Elizabeth were her own daughter, that's how it would be handled, and she regrets that in her own case, she didn't keep quiet about the sexual abuse that she experienced.

"Knowing now what I knew then, I just wouldn't even tell anybody about it. The questioning was so brutal. It was horrific, and it just isn't worth it, you know," says Hearst.

Hearst says even without knowing the details of what happened to Elizabeth Smart, it isn't hard for her to understand why Elizabeth might have had trouble even thinking about trying to escape.

"You can't do that - it's impossible," says Hearst. "You have been so abused and so robbed of your free will and so frightened that you believe - you come to a point where you believe any lie your abductor has told you."

"You don't feel safe," explains Hearst. "You think that either you will be killed if you reach out to get help. You believe that your family will be killed. You're not even thinking about trying to get help anymore. You've in a way, given up. You have absorbed this new, you know, identity that they've given you."

Does Hearst believe Elizabeth could continue in an adopted identity, to the point that it might impede prosecution of her abductors?

"They exert influence over you while they have power over you," says Hearst. "Now that power extends for awhile after you've been rescued, but within a few weeks you realize they no longer have that power and no, it will not influence her testimony at trial. She'll testify truthfully."

Hearst believes the key to recovery for Elizabeth will be the time spent with her family - the same thing that helped Hearst, even though she had to wait to get out of jail.

"Right now, I'd say she is very confused," says Hearst. "She's back with her family, which is far and away the best thing for her because that - the closeness of her family and being back with them is what's going to bring her, you know, back to being truly herself."

It's a journey Hearst knows well.

She says she no longer thinks about the kidnapping every day, although events - and certainly other people's kidnappings - do trigger memories.

Hearst is not passive about those tragedies happening to others.

Along with Elizabeth's father, Ed Smart, Hearst is endorsing the current push for Congress to vote in favor of creating a nationwide system for finding missing persons, modeled on the AMBER alert system that has been effective in several states.

"I'm calling upon everyone in the United States," says Smart, "to call your congressman. Tell them this legislation needs to come to the floor... that you want it, and let them know, and let them be accountable."