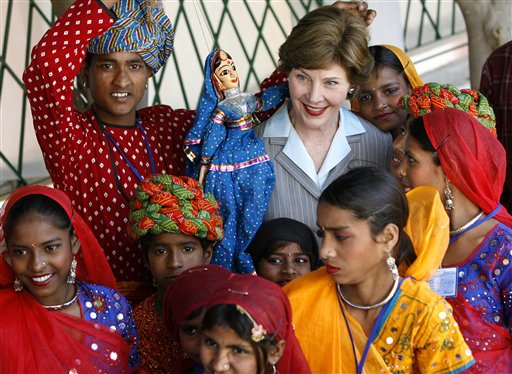 Terry Glenn once again resembled the receiver who caught 90 passes in his rookie year and helped the Patriots win the AFC championship.

But he also showed flashes of the fragility that has plagued him ever since.

"It was a very good night for Terry," Patriots coach Pete Carroll said Saturday night after Glenn caught five passes for 85 yards and a touchdown to lead New England to a 34-14 exhibition victory over the Dallas Cowboys. "It was great to see him get knocked around and get back up."

On a wet and windy night, Glenn caught a 24-yard touchdown pass from Drew Bledsoe to break a 7-7 tie with 2:49 left in the first quarter. He also made a nice catch on the sideline to pull down a 26-yard reception that set up Ben Coates' TD catch to make it 21-7 with 3:59 left in the second quarter.

But Glenn, who missed four games last year with a pulled hamstring before breaking his ankle and ending his season in Week 15, was slow getting up after the catch.

The Patriots said he was merely shaken up, and he did not return.

"I wasn't believing it. I wasn't buying it. He wasn't hurt," Carroll said in mock denial. "Nope. Wasn't hurt."

Bledsoe played most of the first half, completing 13 of 19 passes for 147 yards, two touchdowns and one interception for the Patriots (1-1). Troy Aikman was 4-of-12 for 33 yards for Dallas, which took out its starters after one quarter and dropped to 0-3 in the preseason.

"We didn't play well tonight," Aikman said. "But, thankfully, we don't have to beat our heads against a wall because we have time to improve."

Kevin Faulk, who gained 17 yards on 11 carries, opened the scoring with a 2-yard touchdown run on New England's first drive. Dallas tied it on its next possession when Aikman hit David LaFleur from 6 yards out.

New England took the lead again when Bledsoe picked up a Cowboys blitz and found Glenn covered one-on-one by cornerback Kevin Mathis. Glenn blew by the defender and Bledsoe floated the ball into his hands to make it 14-7.

"He just beat the guy so badly it was never a question," Bledsoe said.

After Bledsoe hit Coates to make it 21-7 at the half, Adam Vinatieri made a 42-yard field goal to give the Patriots a 24-7 lead. Dallas made it 24-14 with two minutes left in the third quarter when Quinn took over at his own 45 yard-line and, on his first play, hit Tucker, who got loose and streaked down the sideline for a 55-yard TD.

Michael Bishop, the third-string Patriots quarterback who threw for two late touchdowns in last week's game against Washington, again gave some thrills to the fans who stayed until the end. On fourth-and-5 from the Cowboys' 36, Bishop came out of the two-minute warning with a scrambling touchdown heave to Sean Morey to make it 34-14.

In three NFL seasons, Glenn has never made it through the year without being injured.

He missed the opening game his rookie season, but still set a rookie record with 90 catches. In 1997, he missed about half the season with an ankle sprain. Last year, he missed four games with a pulled hamstring, returned to the lineup and then broke his ankle in Week 15.

"I think Terry Glenn's one of the best receivers in the league," Cowboys safety Darren Woodson said. "When he's healthy, the Patriots are a very competitive team."