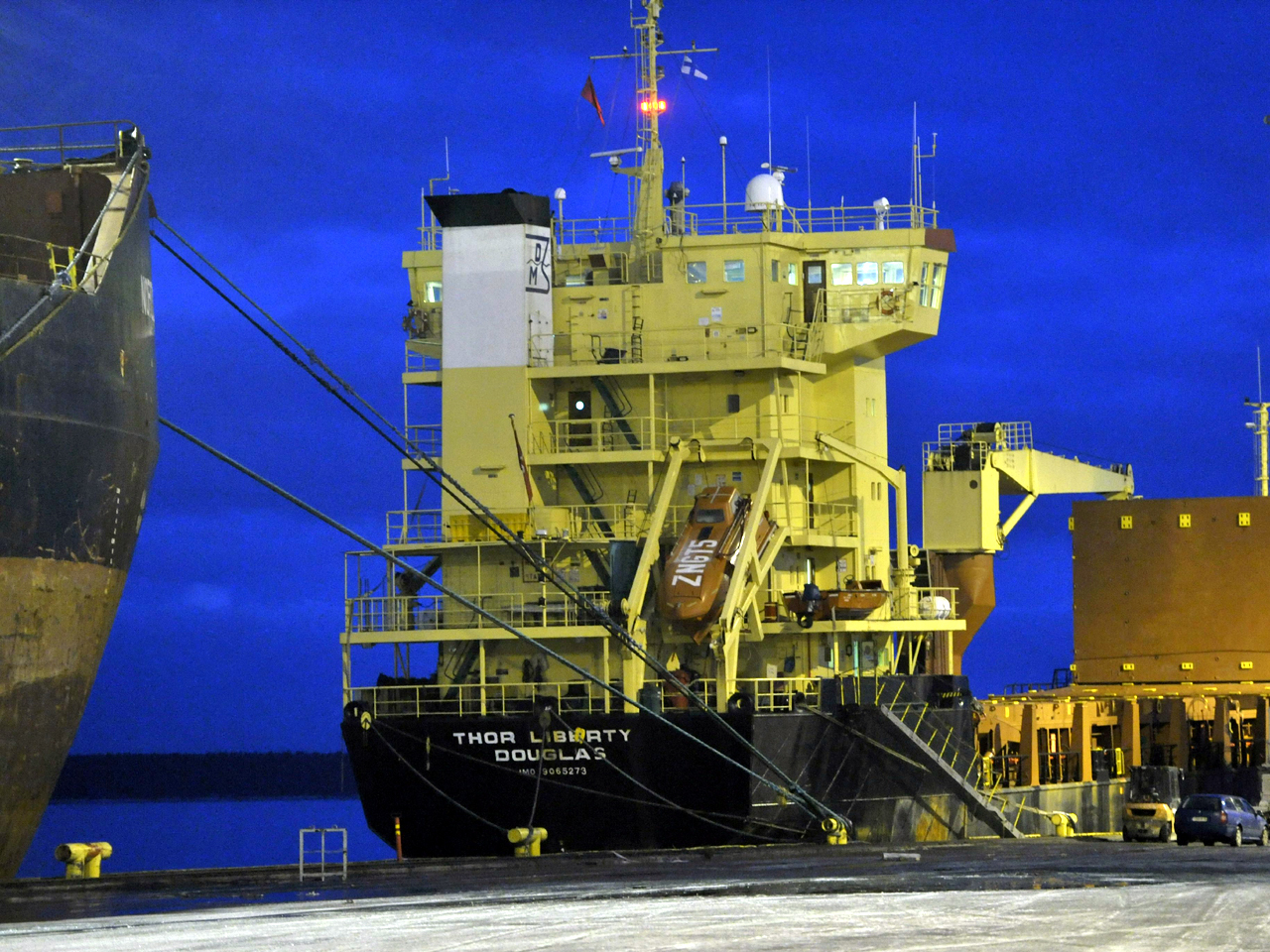 HELSINKI - Around 160 tons of explosives and 69 surface-to-air missiles have been found by Finnish officials on a cargo ship bearing a British flag and ultimately destined for China, authorities said Wednesday. While they initially didn't know the missiles' intended recipients, an official later told CBS News he doesn't believe they're connected to terrorism.

"As far as we can make out the shipment was legal," Detective Chief Superintendent Rikosylikomisario Timo Virtanen of the National Bureau of Investigation told CBS News. "They were not trying to smuggle the missiles ... they are destined for South Korea."

The M/S Thor Liberty sailed from the north German port of Emden on Dec. 13 and two days later docked in Kotka, southern Finland, to pick up a cargo of anchor chains, officials told The Associated Press. Its final destination was Shanghai, but it wasn't clear whether that's where the arms shipment was going, officials said.

Virtanen said dock workers found massive amounts of picric acid — an explosive — and the missiles as they were loading the chains and alerted inspectors.

Some of the explosives were not stored properly, customs spokesman Petri Lounatmaa said, adding that an investigation was launched into a possible breach of Finnish export and weapons trading laws and that the cargo would be impounded if determined to be illegal.