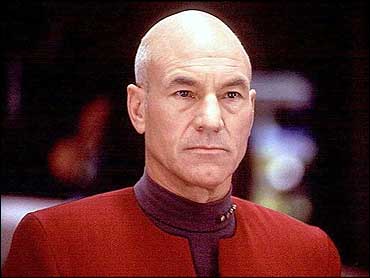 There's an especially starry knight in Britain's latest round of royal honors.

"This is an honor that embraces those actors, directors and creative teams who have in these recent years helped fill my life with inspiration, companionship and sheer fun," said 69-year-old Stewart, who recently returned to the British stage following a long career in Hollywood that included playing Professor Charles Xavier in three "X-Men" films.

Erich Reich, a refugee from Nazi-occupied Europe who organized last year's 70th anniversary of the "Kindertransport," which brought 10,000 children to wartime Britain, also received a knighthood.

A separate honors list in New Zealand bestowed a knighthood on the king of Middle Earth - "Lord of the Rings" filmmaker Peter Jackson.

Jackson, 53, was knighted in New Zealand, his native land and the filming location for the trilogy, which collected 17 Academy Awards. The New Zealand award is approved by the queen, the country's head of state.

Jackson currently is working on the two-movie prequel "The Hobbit," also based on a book by J.R.R. Tolkien, with Mexican director Guillermo del Toro.

In Britain, lesser honors went to Rick Parfitt and Francis Rossi of the rock group Status Quo. They were named Officers of the Order of the British Empire, or OBE, in recognition of a four-decade, three-chord career that has seen them score 64 British hit singles, including "Rockin' All Over the World."

Parfitt, 61, said he'd given up hope of an honor because of his wild past.

"If they'd reviewed some of my old newspaper cuttings!" he said.

Phyllida Lloyd, who directed "Mamma Mia!" - the most financially successful British film of all time - was named Commander of the Order of the British Empire, or CBE.

There also were honors for Formula I racing champion Jensen Button, who received an MBE; children's author Dick King-Smith (OBE), who wrote the book which became the film "Babe"; and opera star Sarah Connolly (CBE).

Hytner, 53, was honored for his work as artistic director of the National Theatre, where his hit productions have included Alan Bennett's "The History Boys" and "War Horse."

He also stirred controversy by putting on "Jerry Springer: The Opera," a production that attracted protests from some Christian groups.

Reich, 74, was chairman of the Kindertransport Group of the Association of Jewish Refugees. He also has been credited with inspiring more than 42,000 people in several countries to raise about 60 million pounds (nearly $100 million) for charities.

Most of the honors reward achievements by people out of the limelight, from civil servants to charity workers.

This year's list was noticeably short on honors for bankers, criticized by many for taking home hefty bonuses while Britain struggled through a recession and paid millions in bailouts to financial institutions. One of the few exceptions was a CBE for Dyfrig John, an executive with HSBC - one British bank that did not take a government bailout.

In descending order, the honors are knighthoods, CBE, OBE and MBE. They are bestowed by the queen, but recipients are selected by committees of civil servants from nominations made by the government and the public.

Knights are addressed as "sir" or "dame." Recipients of CBEs, OBEs and MBEs have no title but can put the letters after their names.