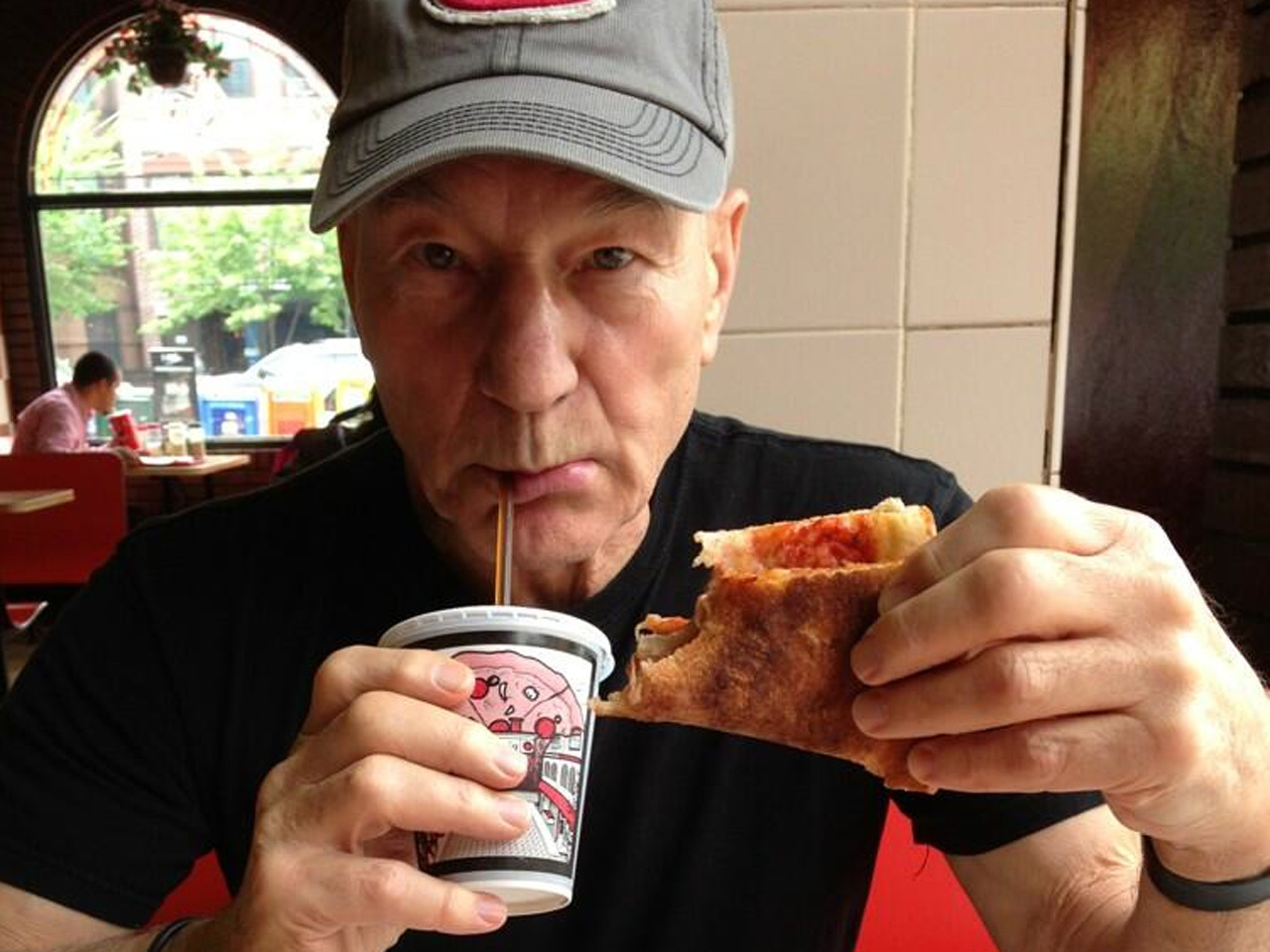 There's a first time for everything.

Actor Patrick Stewart, 72, shared a photo with his Twitter followers on Wednesday capturing what he called his "first ever pizza 'slice.'"

In the photo, the actor sports a (Montreal Canadiens) Habs hat and drinks from a small beverage cup.

The "Star Trek: The Next Generation" and "X-Men" star's pizza photo was snapped at Smiling Pizza in the Park Slope area of Brooklyn, N.Y., reports note. Stewart purchased a $2.5m duplex in the neighborhood last year.