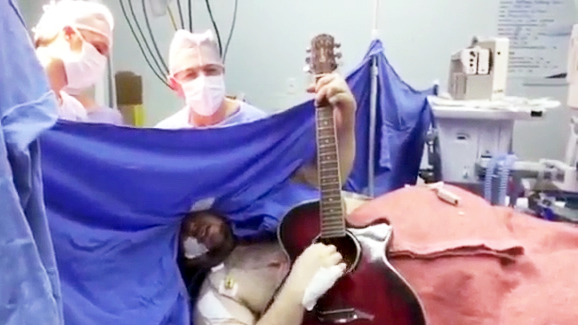 Some of the latest and greatest viral videos include a man who sings and plays guitar while having a tumor removed from his brain, and a conversation between a guy and a goose.

First up, in this video from Diário do Sul, Anthony Kulkamp Dias, 33, is having a tumor removed from his brain. Yet, amazingly, at the same time, he's playing his guitar and singing the Beatles' classic song "Yesterday." His performing helps the doctors monitor Kulkamp and avoid injuries that could damage brain function.

The guy in this video from Jeannie Cave, let's call him the "The Goose Whisperer," should look into working with a product development team. He could be a millionaire like those Duck Dynasty folks, though he may have to learn how to say more than just "honk."