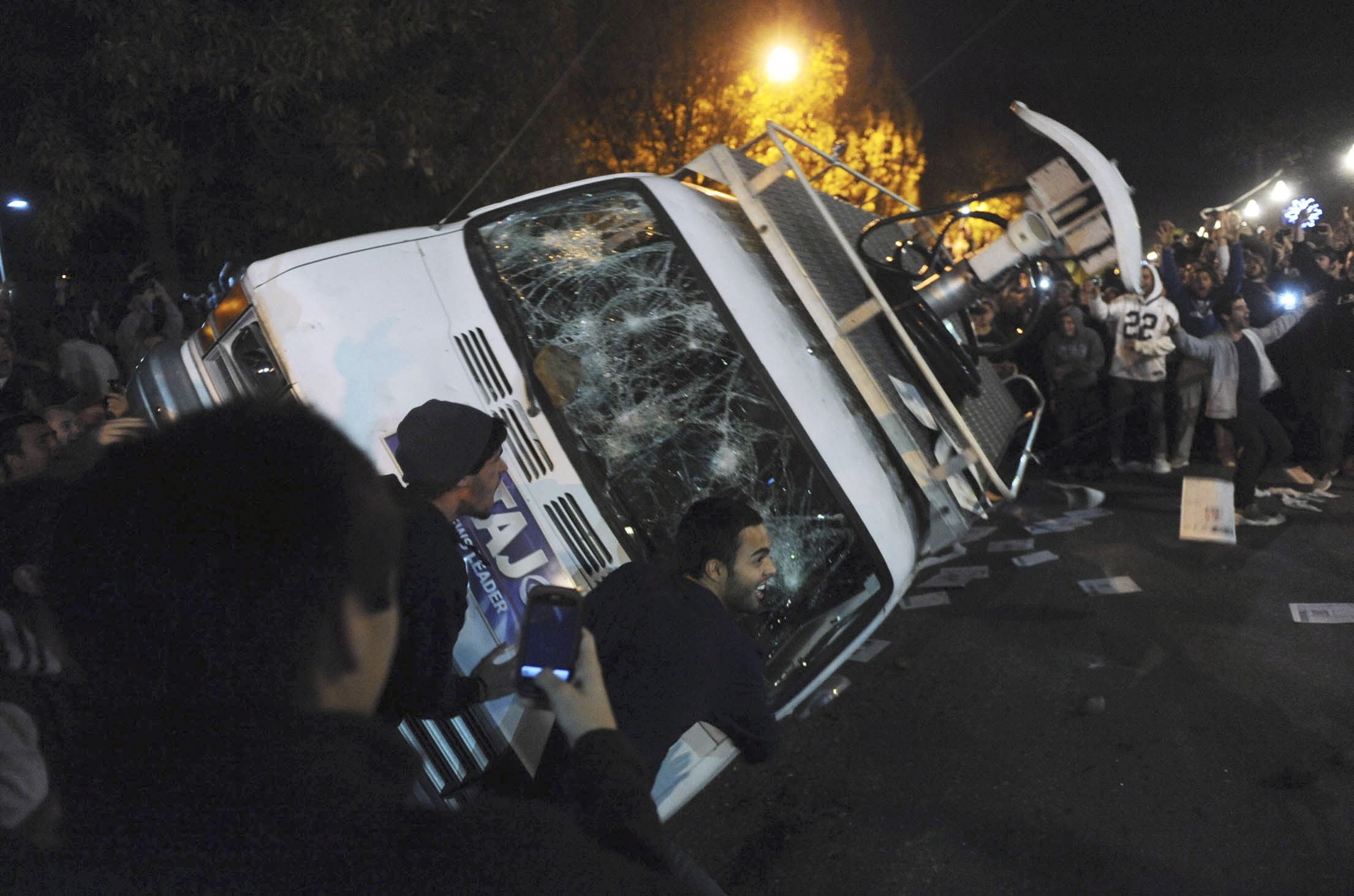 STATE COLLEGE, Pa. - Police in riot gear have confronted hundreds of Penn State students who took to the streets after the ouster of football coach Joe Paterno. Crowds toppled a television news van and at least one photographer has been pelted with a rock.

The students flooded downtown State College on Wednesday night after Paterno and university President Graham Spanier were fired amid a growing furor linked to their handling of sex abuse allegations against a former assistant football coach.

Officers used pepper spray to control the crowd. Some students chanted `We want Joe! We want Joe!" Others kicked in the windows out of the toppled news van.

The van belonged to CBS News central Pennsylvania affiliate WTAJ, which said in a message posted on Twitter that nobody seemed to have been hurt in the incident.

"A WTAJ News live truck was flipped tonight in downtown State College," said the Tweet. "At this point, it looks like everyone is OK."

Centre County emergency dispatch said early Thursday that State College police would be addressing the protests later in the day.

Paterno had announced earlier in the day he planned to retire after the season and expressed remorse for not having done more after he learned of the sex assault allegations.

A source close to Paterno tells CBS News chief investigative correspondent Armen Keteyian that the Paterno family is shocked and outraged over the university's handling of the firing.

The source claims a university employee hand-delivered a letter about the firing to the family home a mere 15 minutes prior to the press conference. According to the source, the reason for the letter was that the university employee said the board was unable to locate Paterno during the day.

"You give your life to this place and that's how you're treated," the source said.

However, according to Surma, Paterno and Spanier were informed by telephone of the unanimous decisions to remove them because "we were unable to find a way to do that in person without causing further distraction."