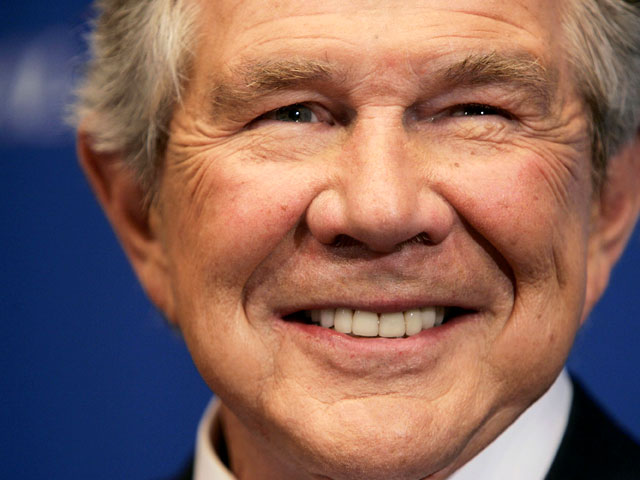 (AP) RICHMOND, Va. - Religious broadcaster Pat Robertson says marijuana should be legalized and treated like alcohol because the government's war on drugs has failed.

The outspoken evangelical Christian and host of "The 700 Club" on the Virginia Beach-based Christian Broadcasting Network he founded said the war on drugs is costing taxpayers billions of dollars. He said people should not be sent to prison for marijuana possession.

The 81-year-old first became a self-proclaimed "hero of the hippie culture" in 2010 when called for ending mandatory prison sentences for marijuana possession convictions.

"I just think it's shocking how many of these young people wind up in prison and they get turned into hardcore criminals because they had a possession of a very small amount of a controlled substance," Robertson said on his show March 1. "The whole thing is crazy. We've said, `Well, we're conservatives, we're tough on crime.' That's baloney."

Robertson's support for legalizing pot appeared in a New York Times story published Thursday. His spokesman confirmed to AP that Robertson supports legalization with regulation. Robertson was not made available for an interview.

"I really believe we should treat marijuana the way we treat beverage alcohol," Robertson told the newspaper. "If people can go into a liquor store and buy a bottle of alcohol and drink it at home legally, then why do we say that the use of this other substance is somehow criminal?"

Robertson said he "absolutely" supports ballot measures in Colorado and Washington state that would allow people older than 21 to possess a small amount of marijuana and allow for commercial pot sales. Both measures, if passed by voters, would place the states at odds with federal law, which bans marijuana use of all kinds.

While he supports the measures, Robertson said he would not campaign for them and was "not encouraging people to use narcotics in any way, shape or form."

"I'm not a crusader," he said. "I've never used marijuana and I don't intend to, but it's just one of those things that I think: this war on drugs just hasn't succeeded."

"Defenders of marijuana prohibition... must be wondering if it's only a matter of time before theirs proves to be a lost cause," he said.

Christian advocacy group Focus on the Family opposes legalization for medical or recreational use, Carrie Gordon Earll, the organization's senior director of government and public policy, said in a statement. The group would not comment specifically on Robertson's statements.

Sixteen states and the District of Columbia have legalized the medical use of marijuana. Several states also have decriminalized marijuana, which removes or lowers penalties for possession. Legalization, however, would eliminate penalties and pave the way for regulated sales similar to alcohol.