"Just a Minute": Harry Smith's daily commentaries on news and issues of the day.

If a preacher from a church with thirty members promises to burn the Koran on 9/11 who pays attention? We all do.

Despite the fact that religious leaders, the White House, and the general in charge in Afghanistan have implored him not to Pastor Terry Jones looks hell bent on creating a spectacle. I talked with him this morning.

I said, "Didn't Jesus teach in the New Testament that we should love our enemies?" No sale.

Pastor Jones likens the spread of Islam in America and Europe to the money changers in the temple in Jerusalem. Jesus got mad and tore the place up. We may disagree on his conclusion. But, Jones is entitled to his opinion. And the First Amendment protects his right to express it.

If Jones studies scriptures though he'd remember that even someone as wise as King Solomon prayed for the granting of wisdom. And the rest of us should be praying for a miracle that this guy changes his mind. Just A Minute I'm Harry Smith, CBS News 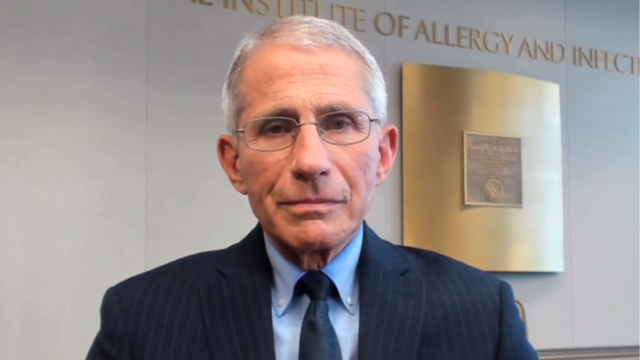 What to know about the fight against coronavirus

Dr. Anthony Fauci joined the "CBS Evening News" to discuss how the country is faring in the fight against COVID-19.