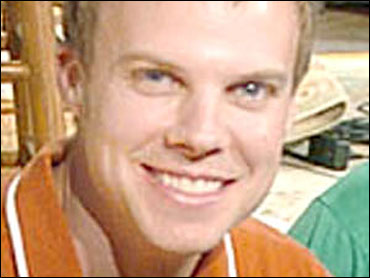 A pastor performing a baptism was electrocuted inside his church after grabbing a microphone while partially submerged, a church employee said.

The Rev. Kyle Lake, 33, was standing in water in a baptismal at University Baptist Church when he was electrocuted Sunday morning, said Jamie Dudley, a church business administrator and wife of another pastor there. The water in a baptismal usually reaches above the waist, said Byron Weathersbee, interim university chaplain at Baylor University.

Lake was stepping into the baptismal when he reached out to adjust a nearby microphone, which produced an electric shock, said Ben Dudley, the church's community pastor.

Doctors in the congregation rushed to help Lake, who had collapsed, Ben Dudley said. Lake was taken by ambulance to Hillcrest Baptist Medical Center, where nursing supervisor Pat Mahl said he was pronounced dead.

The woman Lake was baptizing apparently had not stepped into the water, Ben Dudley said. She was taken to the hospital as a precaution, but was not seriously injured, he said.

"He was grabbing the microphone so everyone could hear," she said. "It's the only way you can be loud enough."

About 800 people attended the morning service, which was larger than normal because it was homecoming weekend at nearby Baylor University, she said.

"At first, there was definitely confusion just because everyone was trying to figure out what was going on," Ben Dudley said in a story in Monday's Waco Tribune-Herald. "Everyone just immediately started praying."

Lake, who had a wife and three children, had been at the church for nine years, the last seven as pastor, she said.

At a remembrance attended by about 1,000 people Sunday night at First Baptist Church, Ben Dudley told the UBC congregation that they would move forward as a church.

"I don't know how, when, why, where or what's going to happen, but we will continue as a church in the community because that is what Kyle would have wanted," he said.