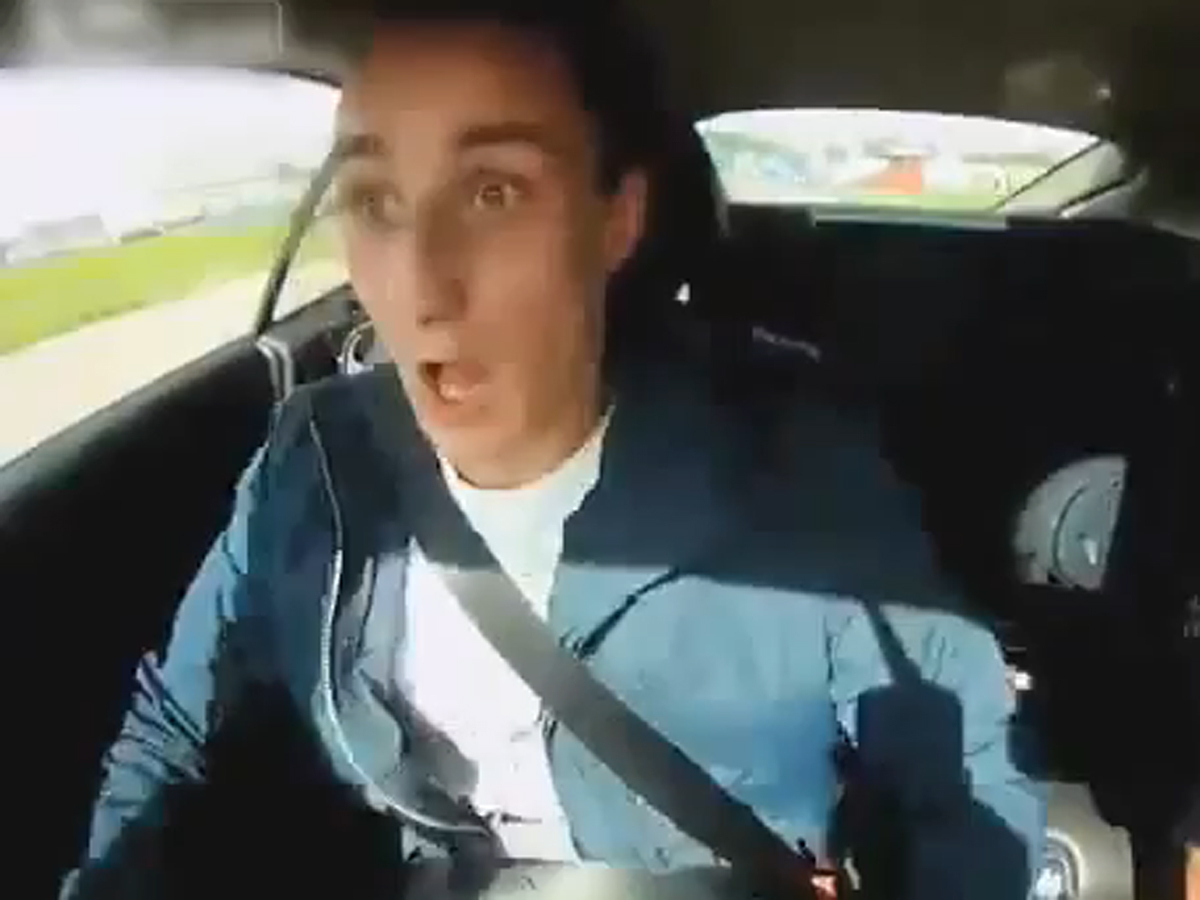 (CBS) - Some people have very expressive faces. Take for instance the passenger in this video showing a test drive of a Jaguar XKR.

Beyond it being obvious that he has probably never done a test drive in high-performance and powerful car, I think it's also safe to assume he is terrified and wants the drive to end.

The hilarity kicks in at about 30 seconds into the clip.

The video appears to originate from Russia, and I would actually recommend watching it a second time to see just how cool and calm the driver is during the video (especially in comparison to the passenger).  He's obviously driven a Jaguar XKR at least a few times in his life.

A hilarious video that's bound to get a laugh or two out of you in watching.