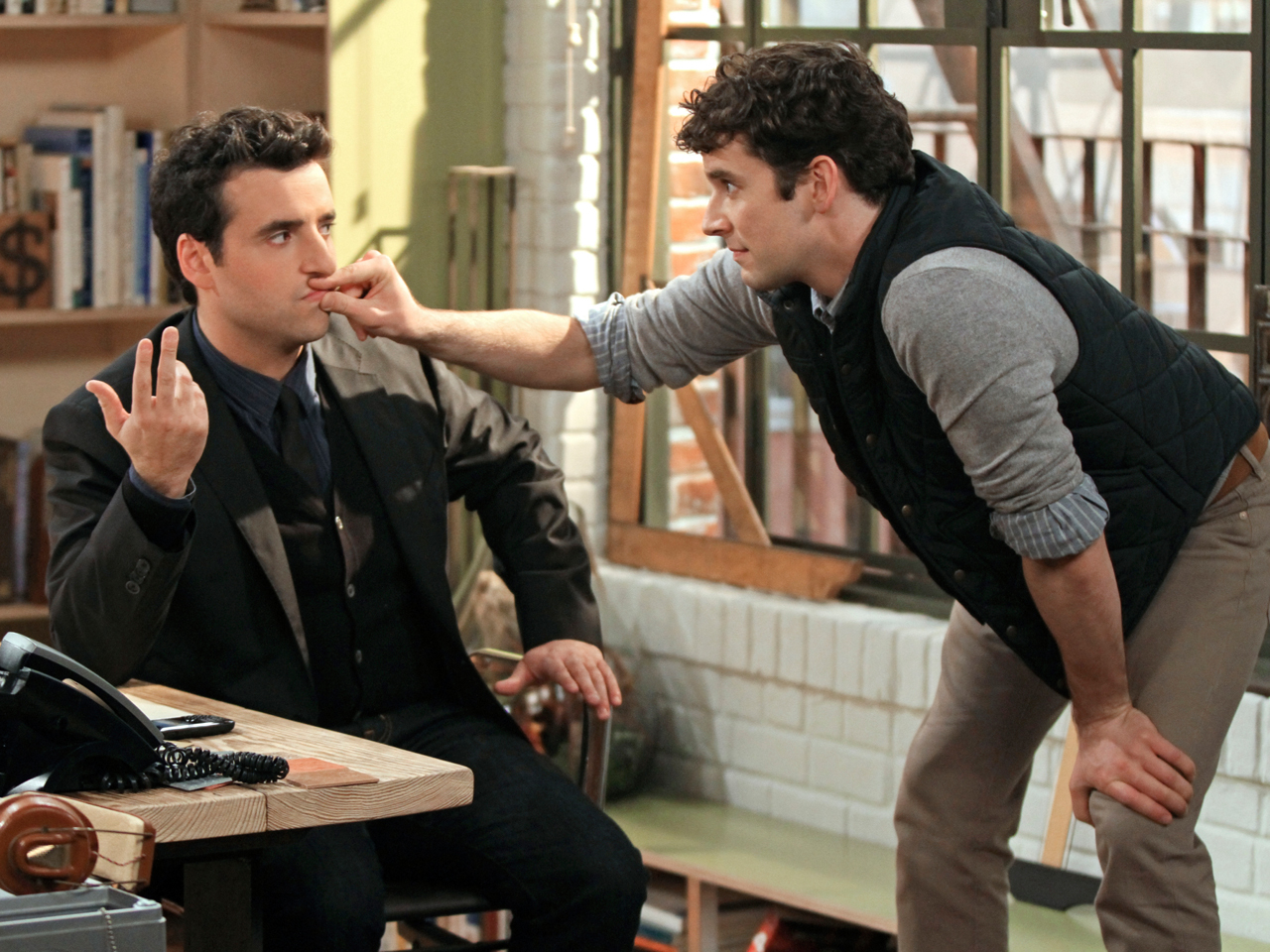 If that is what you were looking for from "Partners," a new sitcom by "Will & Grace" creators Max Mutchnick and David Kohan that debuted Monday night on CBS, you will be disappointed.

The new show revolves around two lifelong friends - one straight and one gay - who are partners in an architectural firm. Michael Urie of "Ugly Betty" plays Louis, the gay architect, and David Krumhotlz of "Numb3rs" plays Joe.

In the opening episode, their bromance is threatened when Joe proposes to girlfriend Ali (Sophia Bush) and she accepts. Rounding out the foursome is Louis' boyfriend Wyatt (Brandon Routh), a nurse who keeps turning up in scrubs.

To demonstrate just what is wrong with this show, the narcissistic Louis heaps so much abuse on Wyatt that he tapdances on the line between funny and unlikeable.

"Partners" has been criticized as being too much like the show of the same name, starring Jon Cryer and Tate Donovan, that aired on Fox in 1995. It is also being compared, because of its creators, with "Will & Grace," which ran for eight seasons beginning in the fall of 1998.

That may be its problem. What was new and fresh and funny in the late '90s is so yesterday in 2012.

Tell us, what did you think of the new CBS sitcom? Will you continue watching?