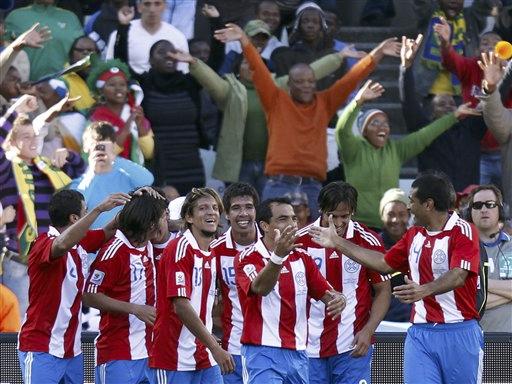 South Carolina Sen. Fritz Hollings has long been known as the tartest tongue in the Senate. But now, this feisty senator is giving up his seat. He didn't lose it, and a younger Republican didn't defeat him. But after 38 years, he just decided enough's enough.

He says the Senate has changed – and not for the better. "I'm sick of raising money to get re-elected, so I'm going home to Charleston," says Hollings.

And that's where Correspondent Mike Wallace sat down with Hollings to let him fire a few final barbs about what's wrong with Congress. These are insights from an insider who knows better than anyone the unhappy differences between then and now – especially when it comes to money.

"When I got up there, it was hardly a breakfast or an evening reception. Now there are three breakfasts, three receptions," says Hollings. "Now, we don't work here on Fridays. We're back home doing fundraisers. You gotta collect money."

He says it's all about money. "There ain't no question. At my last campaign six years ago, it was $8.5 million. That factors out to about $30,000 a week, each week, every week for six years," says Hollings. "So if I miss a week this time, Christmas week, or New Year's week, I'm $60,000 in the hole. I gotta hurry up and start playing catch-up ball."

Hollings says senators spend hours a day, almost every day, just working the phones to raise cash. What's in it for him? "A good government," he says, laughing. "And Russell Long said, 'Those who give the money are getting more than good government.'"

"There ain't any question about that," says Hollings. "We say it's otherwise, but it's sort of adulterated us in a sense that we can't see everybody. … So you're bound to see those who are the big givers."

But does access mean his vote? "Not only the vote. Wait a minute, it's all those K Street lawyers now and lobbyists and interests making up the legislation, and they work with staffs and everything else. The bills, and the special interests overwhelm us with submitted legislation," says Hollings.

"Communications, defense, you got them all – farms, agriculture people and everything else like that … They get their piece of the pie. That's our problem. Today, you can't find the real interests of the country."

Hollings won his first campaign at 26 for a seat in the South Carolina House of Representatives. And there, surprisingly, he helped pass an anti-lynching law and became the state's youngest governor at 36. He managed the peaceful integration of Clemson University back when other Southern governors were fighting to keep their universities all-white.

But in the Senate, the one vote he cast that he knew was wrong, and that he's always felt guilty about, was voting against putting Thurgood Marshall on the U.S. Supreme Court. Why did he do that?

"I couldn't get re-elected. That's the honest answer," says Hollings. "And if I had voted for him, I might as well withdraw from the race. It, I mean, it was political."

But the political landscape changed on his watch. And he saw the South switch from a Democratic bloc to a Republican stronghold. What happened?

"We had a sweetheart deal with the National Democratic Party. 'We'll go along with all your programs, if you'll go along with our segregation.' But once that Civil Rights Bill passed in 1964, then Lyndon friend became Lyndon the enemy," says Hollings.

"And now, the Republican party is white, and the Democratic party is the majority black, I would say [in South Carolina]. And in Mississippi, Arkansas, Georgia. You can just go right across the spectrum."

"What are you saying? That all of these folks that keep voting Republican are racist," asks Wallace.

"Not quite. They are conservative. They honestly don't believe in government, like we do in the Democratic Party," says Hollings, laughing.

"We believe in feeding the hungry, and housing the homeless, and educating the uninformed and everything else like that. They believe in private education, a privatized Social Security, privatized energy policy -- privatize, privatize. They don't believe in 'We the people' in order to form a more perfect union."

Then why are Republicans so successful? "Because we ran a lousy campaign," says Hollings. "He [Sen. John Kerry] was a good fellow; he's still one of the finest. But he got over-coached. He had too many consultants, too many pollsters, and really too many in that they call it 'Noah's Ark.' He had two or three of everything. And he never could make up his mind."

"He's the finest physician in the world. There ain't no doubt about that. If I had a heart transplant needed, I'd go to Dr. Frist," says Hollings of Frist. "He's now running for president. He's out of his element. Come on, he ought to be back in the operating room."

He says Rice is a real mistake: "She ought to go back to teaching Russian or whatever it was. I've been in security, I've been working on intelligence. And for her to come on to the television, and saying on 9/11 there was nothing specific. Nothing specific. You don't say that. You don't ever get a call and say we're gonna bomb you tomorrow morning. I mean, that's piecing together. That's intelligence work."

He also told Wallace that neither Kerry, nor President Bush, could begin to compare with his hero, Jack Kennedy. Hollings ran JFK's presidential campaign in the South.

"Oh no, they like America still. They don't jeehaw with George W, I can tell you, because of his policy. You know, 'I'm gonna do it on my own. You're either with me or against me.' You've got to work with people in things. Leading is not fussing and cussing' them out and insulting them."

Hollings wishes this President Bush had learned a lesson from his father's war in the Gulf, when George Bush Sr. stayed out of Baghdad.

"Papa Bush said, 'Never lead American troops into an urban guerrilla warfare and bog down in a quagmire and turn the Arab world against us,'" says Hollings.

"I mean, he was against going into Baghdad. But I think George W. wanted to say, 'I can do what Daddy can't. I'm gonna show him that he should have gone on and everything else of that kind.' And it wasn't a problem. And of course he had the cheerleaders: Pearl and Wolfowitz and Cheney and Rumsfeld and everything saying, 'Whoopie!'"

Hollings voted for the Iraq war, but he believes the war has been a colossal mistake. He also believes that getting out of Iraq won't be easy. He blames Secretary of Defense Donald Rumsfeld for mismanaging the war, and trying to do too much with too few. He also blames President Bush for huge budget deficits, saying that Mr. Bush fought for tax cuts instead of raising taxes to help pay for the war.

With a pension of $124,000 a year, we're not going to hold a tag sale for Hollings, who's been married to his wife, Petsey, for 33 years. They had four children, and seven grandchildren.

"They talk about couples in Washington. We get along better than any. And one fella that knows me says that's easily explained," says Hollings. He said, 'They're both in love with the same fella.'"

Hollings may be 83, but he doesn't act like it – and he believes it's the Senate that has kept him young. But he says Congress is not as convivial as it used to be. When he made his farewell speech to the Senate, no senators were on the floor. In fact, senators watch live pictures from the Senate floor on TV, and they rarely come to the floor, except to cast a quick vote.

And now, he returns home a hero to many, but not all. And that's just fine with him.

"The newspaper had, in my hometown, one of the Letters to the Editor ended, 'We hope Hollings enjoys his retirement, because we sure as hell will,'" says Hollings, laughing.

Colorado River Basin plans for a drier future
Thanks for reading CBS NEWS.
Create your free account or log in
for more features.
View CBS News In
CBS News App Open
Chrome Safari Continue
Be the first to know
Get browser notifications for breaking news, live events, and exclusive reporting.