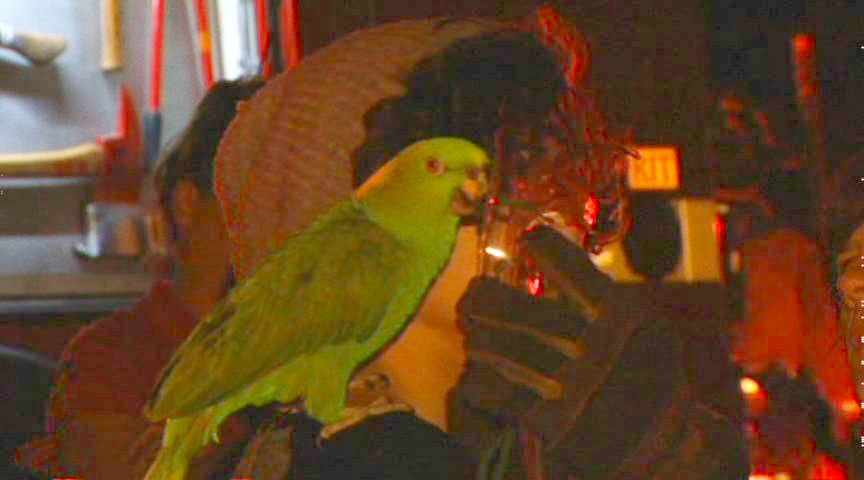 When firefighters arrived, they heard noises inside the house which led them to believe there were people inside.

Once they got the flames contained, though, they discovered that the noises were actually coming from two parrots that were "talking".

Firefighters say the birds were actually saying "Help!" and "Fire!"

Crews removed the birds from the home and gave them oxygen. They are expected to be all right.

No people were found inside the house.