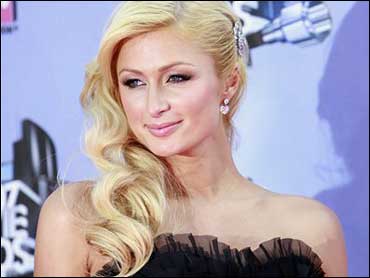 Paris Hilton may be looking forward to her jailhouse release, but her neighbors aren't.

Anticipating a horde of media when the socialite is expected to be released next week, some Hollywood Hills residents are circulating a letter advising neighbors to call police and local representatives to complain of the noise and traffic that may overtake the sleepy neighborhood, a city councilman's spokeswoman said.

City Councilman Jack Weiss was coordinating with police and other city departments to "ensure safety and access" on the narrow, winding road leading to Hilton's home just north of the Sunset Strip, his spokeswoman Lisa Hanson said.

"We're working to address the disruption issue," she said.

Hilton began her 45-day jail sentence earlier this month after failing a sobriety test and violating her probation twice by driving on a suspended license.

When Sheriff Lee Baca abruptly released Hilton to home confinement after just three days behind bars, a throng of photographers and reporters huddled outside her home. Helicopters hovered overhead.

Weiss' office received more than 50 calls from residents, most of them complaining about the helicopter noise, traffic and overcrowding because the street doesn't have sidewalks and parking space, Hanson said.

Hilton, who was sent back to jail by a judge, is expected to be released Monday, when she will have served about 23 days of a 45-day sentence.