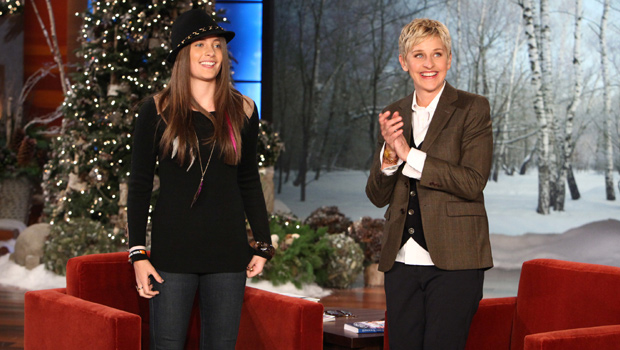 (CBS) Paris Jackson, daughter of the late pop-superstar Michael Jackson, shared with Ellen DeGeneres the best advice her father gave her in a rare televised interview for "The Ellen DeGeneres Show."

"He said, 'If I die tomorrow, always remember what I told you.' I took his advice, and I remembered everything he told me," the 13-year-old said in an interview scheduled to air Thursday, according to People.

Jackson also discussed the masks her father made her and her two brothers wear when they went out with him in public.

"I'm like, 'This is stupid, why am I wearing a mask?'" she told DeGeneres. "But I kind of realized the older I got, like, he only tried to protect us and he'd explain that to us too."

She added that she now lives a relatively normal life.

But now, Jackson has decided to step in the spotlight herself - she has a role in the upcoming fantasy film "Lundon's Bridge and the Three Keys." She told DeGeneres that her father inspired her go to into acting.

"My dad was in the movie 'Moonwalker,' and I knew he could sing really well but I didn't know he could act. I saw that and I said, 'Wow, I want to be just like him,'" she explained.

She added, "We would do improve together. He would give us little scenarios. He would go, 'Okay, in this scene you're going to cry,' and I'd cry on the spot."

Paris and her two brothers, Prince and Blanket, are now in the care of their grandmother Katherine Jackson.