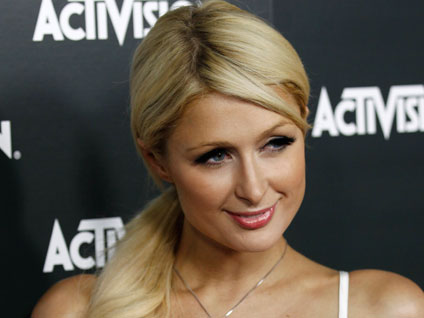 The socialite appeared late Friday in a FIFA World Cup courtroom after being arrested on suspicion of possession of marijuana at a quarterfinal between Brazil and the Netherlands.

Hilton appeared in a special FIFA World Cup court around midnight local time. Neither she nor court officials said anything and she was quickly led away to another room, according to an Associated Press reporter in court.

The socialite was wearing an off-white sleeveless blouse. Her hair was in pigtails and she had heavy black eyeliner.

"Paris Hilton was questioned today by police in South Africa on allegations of smoking marijuana,'' a publicist for Hilton, Dawn Miller, said in a statement.

"However I can confirm that the incident was a complete misunderstanding and it was actually another person in the group who did it,'' the statement said. "The case has been dropped against Paris and no charges will be made.''

When told the case had been dropped, Hilton said "thank you'' and left the courtroom.

Hilton wrote on Twitter later: "Everything is fine guys. I had nothing to do with it.''

Hilton pleaded no contest in 2007 to alcohol-related reckless driving and was sentenced to 45 days in jail. After spending about 23 days in jail, Hilton told Larry King that the experience caused her to re-evaluate the role partying played in her life. She said she wanted "to help raise money for kids and for breast cancer and multiple sclerosis."

Investors for Hilton's 2006 box-office bomb "Pledge This!" have been battling the heiress in federal court, claiming that she didn't plug the film enough. Hilton, who testified last summer at a trial over the dispute, previously said that she was dissatisfied with the finished film, but she worked hard to make sure the college sorority romp succeed.