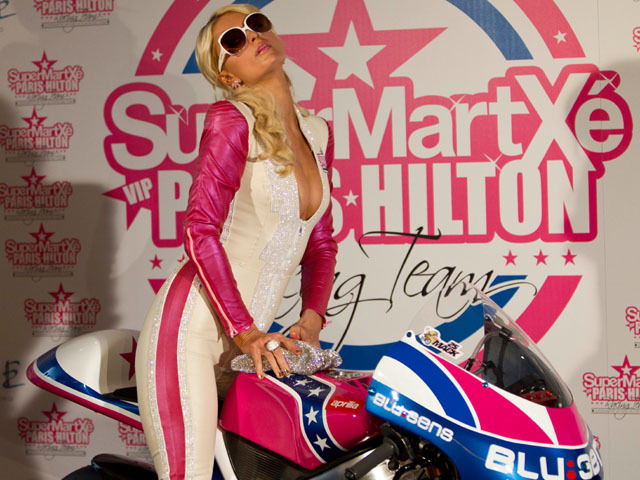 MADRID (CBS/AP) Paris Hilton will now be hanging with bikers.

The reality star and hotel chain heiress will have her own team on the world motorcycling championship circuit.

The Super-Martxe VIP by Paris Hilton team was presented in Madrid on Sunday by Hilton, who wore a low-cut, pink and white, rhinestone-studded racing suit for the event.

"I can't believe I have my own racing team! So cool! :)" Hilton wrote on her Twitter while at the launch.

The team, whose colors are pink, white and blue, will compete in the MotoGP 125cc category from 2011-2013. Hilton has agreed to attend at least five races next season.

The line-up will include riders Sergio Gadea, Maverick Vinales and Ricard Jove, who will serve as manager.