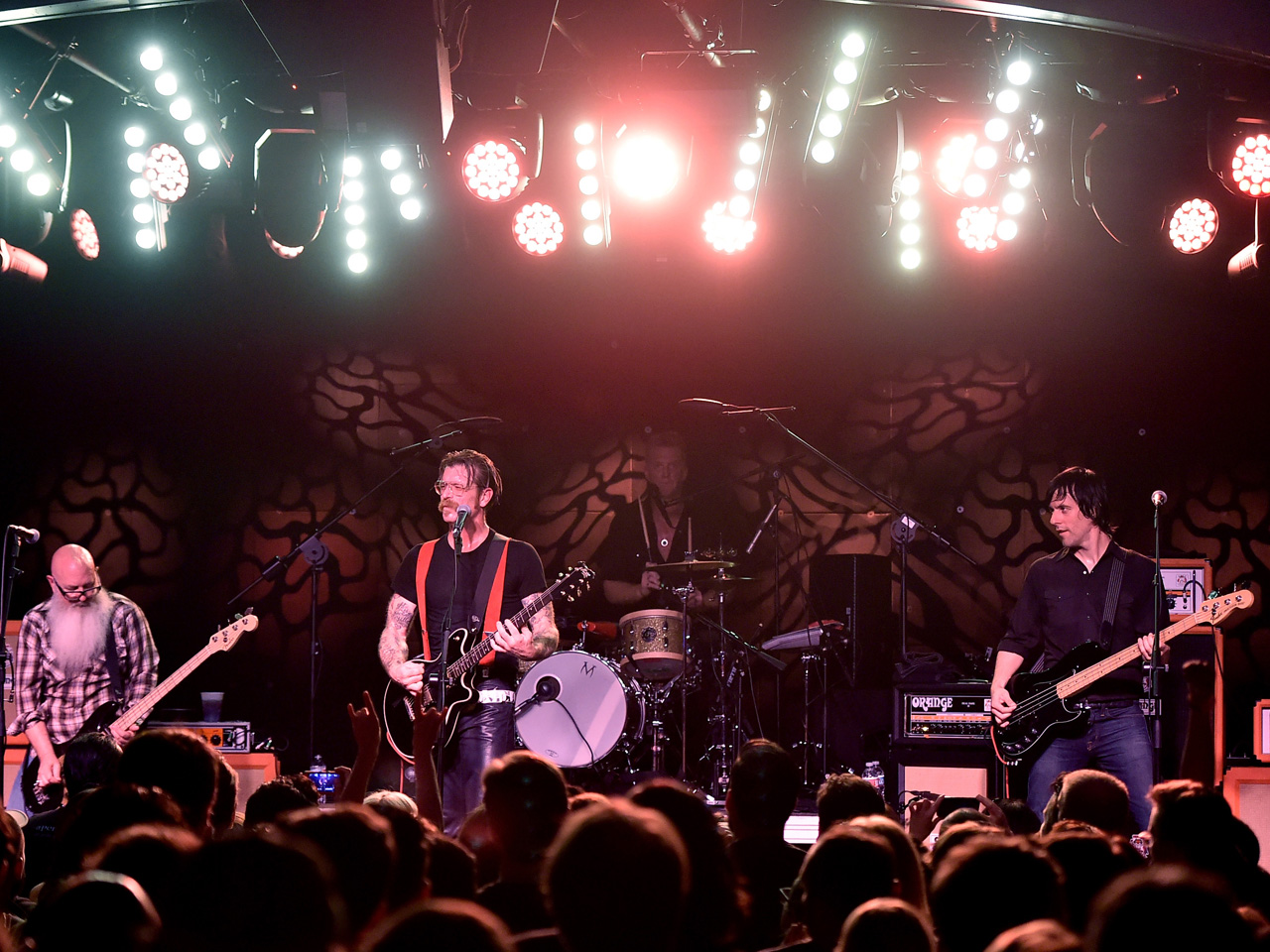 NEW YORK -- Management for the Eagles of Death Metal band, whose performance Friday night at a Paris venue where at least 100 people were killed, said they were "trying to determine the safety and whereabouts" of the band and its crew.

But a U.S. official briefed by the Justice Department told the Associated Press that all members of the Eagles of Death Metal band were safe and had been accounted for.

The official said, in total, 70 U.S. citizens known to be in France had yet to be accounted for, although no Americans were reported killed in Friday's attacks.

The American rock band was performing at the Bataclan, a theater located in eastern Paris near the trendy Oberkampf area. People inside were taken hostage.

It was unclear how many were inside but French police said at least 100 were killed by several terrorists armed with guns and explosives.

The band, formed in 1998 in Palm Desert, California, was celebrating the October release of "Zipper Metal" with an European tour. It's their first album in seven years.

Their website lists about two dozen dates planned for the year, including stops in Munich, Stockholm, Rome and Barcelona.

In an interview in June with The Associated Press, the band spoke excitedly about releasing new music and heading on tour.

"You know, I'm telling you the truth, but this is the coolest job in the world," Hughes said, sitting next to Homme. "Right now I'm sitting in an interview with my best friend in London at Koko's Ballroom talking about myself. It doesn't really get much better than this!"