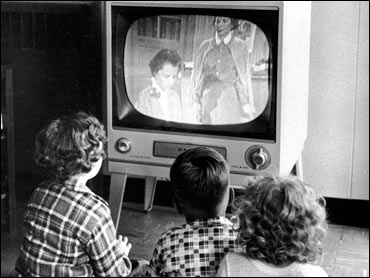 Two-thirds of parents said they are very concerned about the sex and violence the nation's children are exposed to in the media, and there would be broad support for new federal limits on such material on television, a survey says.

Yet the report, released Tuesday by the nonpartisan Kaiser Family Foundation, found that two in three parents said they already closely track their children's television viewing and use of the Internet and video games.

Only one in five parents conceded they should do a better job — about the same fraction who said their own children see a lot of inappropriate material. Most said they, as well as their children's teachers and friends, have far more influence over their children than the media do.

"They're feeling more in control of it than I would have thought," Vicky Rideout, who directed the Kaiser study, said in an interview. "There's a common assumption they feel overwhelmed, behind the curve when it comes to their kids and the Internet, like they're at a technological disadvantage. We didn't find that in this survey."

Kaiser, which conducts health policy research, released its study at a time of intensified public focus on the impact of violence, sex and adult language used on television, the Internet, music, video games and the movies.

In April, the FCC issued a report to Congress saying lawmakers could regulate television violence without violating the First Amendment's free speech protections.

The Kaiser study found that two-thirds of parents said they would support new limits on television content. The question did not specify what the rules might be, though it mentioned that some have proposed restricting the sex and violence that could be shown during the early evening.

"Clearly there's a need for both the industry and our public servants to consider how to make this better," Tim Winter, president of the Parents Television Council, said in an interview. The council is critical of violence and sex in the media.

While about half said they are very concerned that their own children see too much violence and sexual material, that was down from more than six in 10 who expressed such worries in a 1998 Kaiser survey. Black and Hispanic parents were more likely than whites to voice that concern.

About three-fourths rated exposure to inappropriate material as one of their top concerns as a parent, or a big worry. Television and the Internet were most frequently cited as the leading sources of angst.

While two-thirds said they closely watch their children's media use, 18 percent said they should do more while another 16 percent said such monitoring is not necessary. Of those who said they need to do more, most said they haven't because media exposure is too widespread or they were too busy.