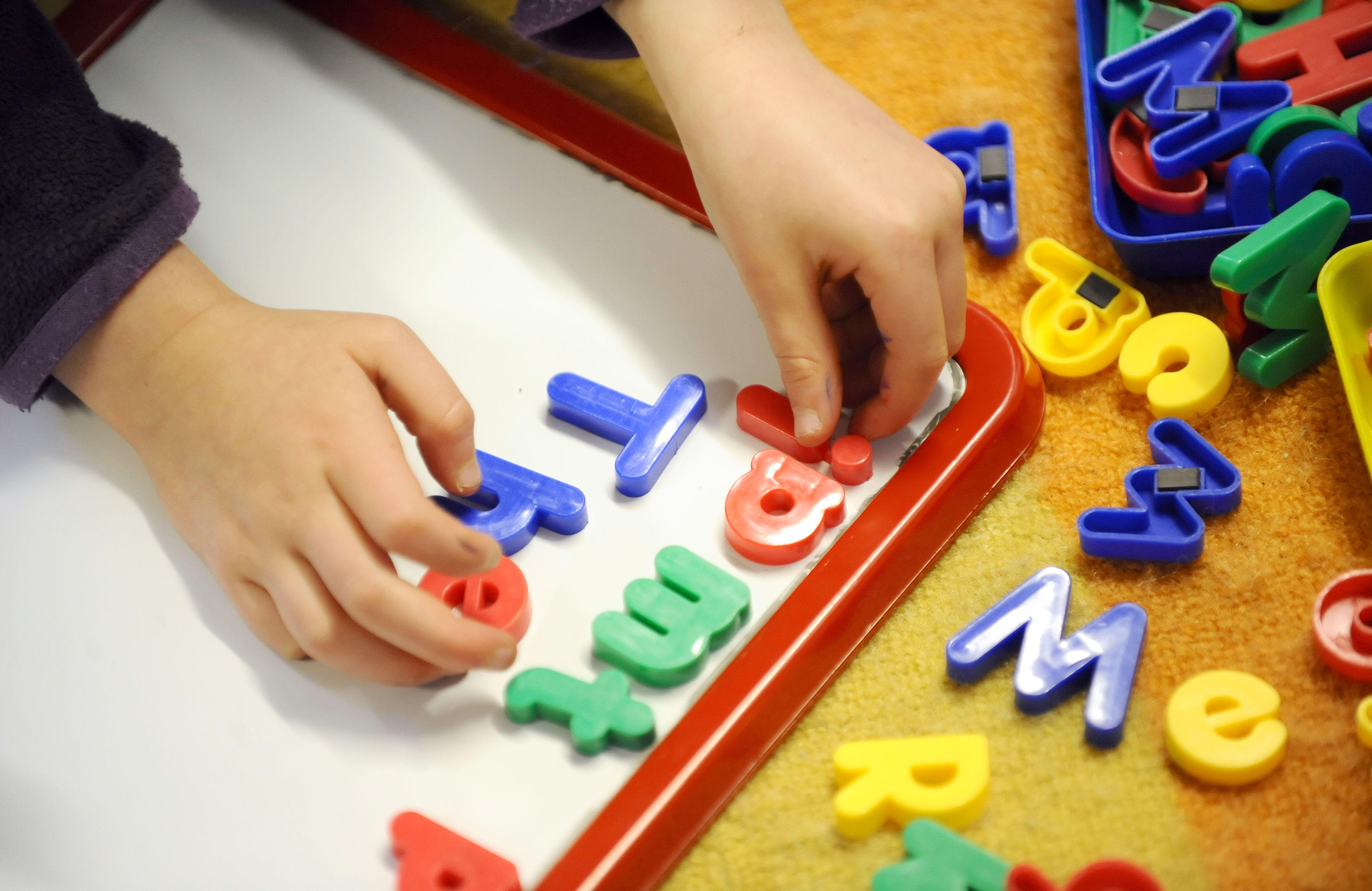 A group of parents is fighting for higher wages for workers at one of the nation’s largest early childhood education companies. According to government data from 2015, childcare workers make an average of $9.77 an hour. That’s only 68 cents more than the earnings of fast food employees and some others in the food and beverage industry. It is 83 cents less than what retail workers earn.

The cost of childcare has more than doubled since 1997, reports CBS News correspondent Tony Dokoupil. So when a group of New York parents discovered that the people actually providing that care hadn’t seen much of a raise, they decided to ask for one.

Like most working parents, Ryan Weiner and his wife, Rebekah, pay all they can to make sure that their 2-year-old daughter goes to a great daycare.

But last September, four of his toddlers’ teachers suddenly quit over low wages. When Weiner discovered what they were making, he was shocked.

“The teachers move on but you’re continuing with your daughter enrolled in the class. Why not leave it there?” Dokoupil asked.

“A hard day’s work deserves a fair day’s pay. And to see people that care for your daughter we believe mistreated, we felt required us to speak up,” Weiner said.

Weiner’s daughter goes to a Bright Horizons Childcare Center in New York City. It is one of the nation’s largest early childhood education companies. The publicly-traded company grossed nearly $360 million in 2015. It has over 100,000 students, 932 locations and tuition can cost more than $30,000 a year.

In a letter to CEO David Lissy, signed by more than a dozen Bright Horizons parents, Weiner and others complained that the company’s “infant and toddler teachers” earn as little as $11 per hour.

They compared the teachers’ compensation to that of fast food workers. CBS News has confirmed the details of the letter with three former Bright Horizons employees.

Bright Horizons has appeared on Fortune’s list of the 100 best companies to work for 16 times. Weiner believes teacher compensation should reflect the company’s success.

“They should be able to pay their bills,” Weiner said. “They’re not looking for a pot of gold.”

In a statement, Bright Horizons told CBS News they’re “proud of the work” they’ve done “to raise the bar for early educators.” The company also told us it offers significant educational benefits as well as medical and 401K plans. They claim to pay teachers more than the market average.

But the market itself may be the problem.

According to the Bureau of Labor Statistics, full-time childcare workers make about $20,000 a year, or $9.77 an hour.

While pre-school teachers make about $4 an hour more, a University of California, Berkeley study shows that at those wages, 46 percent of these workers are on some form of public assistance.

“We know that many teachers are working two jobs, some rely on public assistance,” said Michelle Rivest, executive director of the North Carolina Child Care Coalition.

Nationally, about a third of early education teachers change jobs every year.

“Turnover is a devastating experience for a small child, because during those early years zero to five, they’re building attachments to the most important people in their lives, and that’s their parents or their teachers,” Rivest said.

About seven years ago, Meredith Sawyer took a pay cut when she switched from waiting tables to teaching pre-schoolers in Greensboro, North Carolina.

“I’m definitely not comfortable telling you what I make in a year,” Sawyer said. “But I will say the center I work at is very dedicated to giving competitive wages, but I still have to work a second job to make ends meet.”

She said working with young kids is more than just a job.

“We have children’s lives in our hands during the day. And we are responsible for not only their care, and keeping them safe and healthy, but we are also responsible for educating them,” Sawyer said.

Those responsibilities, Weiner said, are why teachers deserve to make more.

“How far are you hoping to take this?” Dokoupil asked.

“You realize that if they raise the wages for teachers and childcare workers, it may mean higher tuition for you,” Dokoupil pointed out.

“If it meant that the people who took care of my daughter were paid a fair wage, yes,” Weiner said.

Bright Horizons has a market value of more than $4 billion. It tells us that as much as 80 percent of tuition goes to teacher salaries, benefits and training. But we spoke to about a dozen current and former childcare teachers all over the country. Many of them told us teachers pick up extra work to get by.