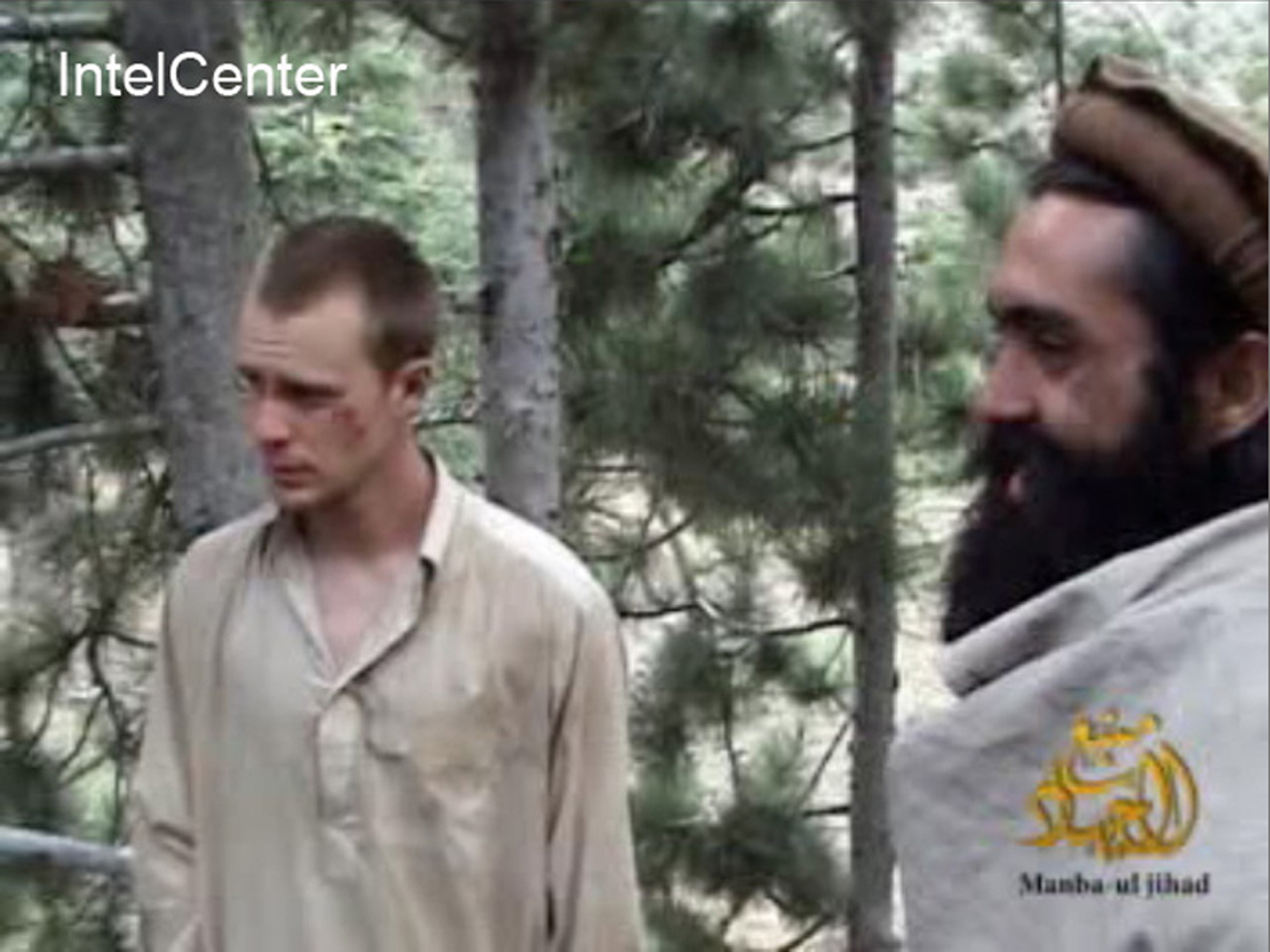 (AP) WASHINGTON - Frustrated by what they said are stalled efforts to free a U.S. soldier taken prisoner three years ago in Afghanistan, the man's parents have gone public with previously secret U.S. attempts to trade him for Taliban prisoners in U.S. hands.

Bob Bergdahl and his wife, Jani Bergdahl, said in interviews that they are concerned the U.S. government hasn't done enough to secure the release of their son, 26-year-old Sgt. Bowe Bergdahl.

"There is a dynamic here that has to change," Bob Bergdahl said in an interview with the Idaho Mountain Express. "Everybody is frustrated with how slowly the process has evolved."

Bergdahl, of Hailey, Idaho, was captured in June 2009 and is believed held by the Haqqani network, an insurgent group affiliated with the Taliban, probably somewhere in Pakistan. He is the subject of a proposed prisoner swap in which the Obama administration would allow the transfer of up to five Taliban prisoners long held at the U.S. military prison at Guantanamo Bay, Cuba.

Those prisoners would most likely go to Qatar, where they would be under some form of loose house arrest or supervision, while Bergdahl would be returned to the U.S. military.

The proposed deal has been in limbo for months and faces serious opposition in Congress if it ever gets off the ground. The Taliban walked away from talks in March, saying the U.S. had reneged on several promises. The Obama administration is trying several gambits to restart talks, including proposing looser terms for the detention or monitoring of the Guantanamo prisoners upon their release, two U.S. officials told The Associated Press.

The officials spoke on condition of anonymity because the talks are sensitive and elements of the U.S. engagement with the Taliban are classified.

The Associated Press has periodically reported on Bergdahl's case since his capture. But the news agency had agreed since last year not to report on the proposed prisoner swap and ongoing negotiations at the request of the Pentagon and White House, on the grounds that public discussion would endanger Bergdahl's life.

With public discussion of the deal Wednesday by Bergdahl's parents, the AP and other news organizations reported the proposed swap.

Bob Bergdahl told the Idaho newspaper that swapping Taliban prisoners at Guantanamo for his son represents a "win-win" for the United States. He said in addition to his son's safe return, the United States could foster good will with the Afghan people.

The imprisonment of suspected militants at Guantanamo is a longstanding irritant in U.S. relations with Muslim nations including Afghanistan, which has long demanded the release of its citizens held since shortly after the U.S. invasion that toppled the Taliban government in Kabul in 2001.

A senior U.S. military official said the Pentagon believes Bergdahl to be alive, in relatively good health and in captivity somewhere along the Afghanistan-Pakistan border. The official spoke on condition of anonymity because efforts to free Bergdahl remain sensitive.

Bob Bergdahl said he and his wife are hoping for a peaceful resolution, preferably one that doesn't put other American soldiers in danger.

"We don't want to see Americans killed," he told the Idaho paper.

Even so, he said the time for a change in strategy has come, and that he hopes renewed public attention to their son's plight would help secure his release.

Marine Col. David Lapan, spokesman for Gen. Martin Dempsey, chairman of the Joint Chiefs of Staff, told reporters that the military has a "collaborative" relationship with Bergdahl's family, which is given quarterly updates from Washington. He said the family is not advised on whether to discuss the case with the news media.

"Our message to them is: We are working hard to obtain Sgt. Bergdahl's release, to bring him back into U.S. hands," Lapan said.

Asked about the family's complaint that the U.S. government has not done enough, Lapan said: "It's perfectly understandable that parents whose son has been kept in captivity for several years now are frustrated. We certainly understand that. That's why we do everything thing we can to try to keep them updated, to the extent we can."

He added: "If they are angry and/or frustrated, that is certainly understandable. I would say that our leaders are frustrated as well."

To solicit support for further action, Bob Bergdahl plans to speak at an annual demonstration to recognize prisoners of war over Memorial Day weekend in Washington. The event, organized by the nonprofit POW support group Rolling Thunder, typically attracts more than 100,000 motorcyclists to the nation's capital.

"With all that's going on, we really need a diplomatic path to get this resolved," Bob Bergdahl said.