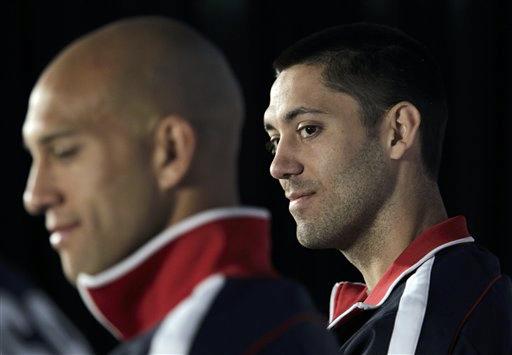 The dishes, garbage and dirty laundry would pile up for days when Cat and Harlan Barnard's two children refused to do their chores. So the parents decided to take a picket line to the picket fences of suburbia.

Earlier this week, the Barnards went on strike. They moved out of their house and into a domed tent, set up in their front driveway. The parents won't cook, clean or drive their children — Benjamin, 17, and Kit, 12 — until they shape up.

"We're just very tired of yelling, screaming and saying please," Cat Barnard, 45, told CBS News Correspondent Mark Strassmann. "And we don't know what else to do. We thought maybe a little creative embarrassment might help."

"We just had to do something to try and wake them up," Harlan Barnard told Strassman.

"We've tried reverse psychology, upside down psychology, spiral psychology and nothing has motivated them for any length of time," Cat Barnard said to reporters as she sat in a lawn chair at an umbrella-covered table decorated with Christmas lights in her driveway.

The strike took Benjamin and Kit by surprise. They came home from school Monday to find their mother outside with handwritten signs that read "Parents on Strike" and "Seeking Cooperation and Respect!"

Cat Barnard, a stay-at-home mom, and her 56-year-old husband, a government social services worker, decided their children needed to learn about empathy and responsibility.

The Barnards unsuccessfully tried smiley-face charts and withholding allowances to get their children to do chores. They even sought help from a psychologist. The tipping point may have been when Benjamin didn't offer to help his sweating, struggling mother work on the lawn Sunday, even though she should have been resting after recovering from serious oral surgery.

"I had already made the decision to do it then, but I had absolutely no motherly guilt after that," said Cat Bernard, who has the habit of calling her family members "husband," "daughter," and "son" rather than by their names.

The Barnards have slept on air mattresses in the tent during their strike and have barbecued while their children fended for themselves with frozen TV dinners inside the house. The parents only go inside to shower and use the bathroom.

The strike seems to have struck a nerve. The phone has been ringing incessantly with requests for media interviews from around the country.

Passers-by from Enterprise, a bedroom community between Orlando and Daytona Beach, have shouted out words of encouragement. One woman driving past the Barnards' house rolled down her car window Wednesday and shouted, "Good for you! You should put the kids outside!"

Mark Rapport, a professor of clinical psychology at the University of Central Florida, said teaching children responsibility is one of the most important tasks parents can undertake, but parents are busy and it's often easier for parents to do chores themselves than to repeatedly nag their children to do them.

"This seems to be a last-ditch effort of driving home a point," Rapport said. "We judge effectiveness by outcome."

A visibily angry Benjamin returned from school on Wednesday to find a dozen reporters in his parents' front lawn. He refused to say anything to them and went into the house followed by his mother, who tried to console him.

But Cat Barnard told correspondent Strassman the walkout may be starting to work: "Benjamin, when he came home from school the other day, rather than leaving the garbage cans out for three or four days, he grabbed them and bolted for the house like a rocket. And Kit actually, after showing her how to wash her clothes at least 12 times, has finally realized that she can wash clothes."

Rapport said he didn't have a problem with the Barnards' strike as long as there is no abusiveness, psychological damage to the children "or starving children."

"Obviously, you can't break the law," he said.

Such concern caused a well-intentioned neighbor to report the Barnards to sheriff's deputies, who checked up on the family three times Tuesday. They were satisfied that the children were safe.

One of Kit's teachers also stopped by the house, thinking she had been abandoned, after the teenager told her that her parents had moved out of the house.

Cat Barnard said she and her husband will keep up the strike until they see some changes.

"If we have to stick it out here until Christmas, then ho, ho, ho, we're out here," she said.