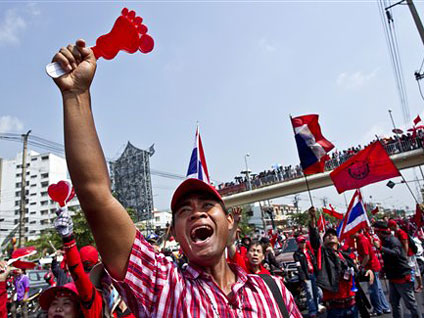 Authorities misidentified two teens in an auto crash that killed one and left the other in critical condition, stunning parents who realized their son was alive after seeing the wrong body in the casket.

But the moment Patrick Bement's parents saw the face of the boy in the casket at the funeral home, they feared a terrible mistake had been made.

"We told them, 'It's not our son. It's not Patrick,'" said Michele Bement, the boy's stepmother.

The Antrim County Sheriff's Office confirmed the error Wednesday and said it was conducting an investigation to determine what happened. Sheriff Terry L. Johnson offered condolences and apologies to the families of both teens.

Deputies said they were in the process of using dental records and fingerprints to positively identify the person killed in Saturday's accident on U.S. 131 north of Alba, about 35 miles from Traverse City.

"You can't even put to words the emotions, other than what an immense, gross tragedy — a double tragedy," said Smith's uncle, Steve Bohatch.

The crash happened as Bement, Smith and their 17-year-old male driver were headed home after spending several days at a cottage in northern Michigan. Their Saturn crossed the center-line and struck a camper being hauled by a pickup truck, deputies said.

The Saturn driver was the only person in the car wearing a seat belt and escaped with minor injuries.

Deputies said they found Bement's identification near the body, which was ejected from the car, and believed the body to be his. Smith's wallet and identification were in the trunk, and the officers at the scene believed Smith was in the back seat with major head and facial injuries.

On Monday, Bement's parents gathered at a Grand Rapids funeral home to prepare for visitation services and to view their son's body.

What they saw shocked them: The boy, who had straight hair, did not look at all like their curly haired son. Instead, the boy looked like Smith.

"They had told us to be prepared for a shock because it didn't look like him," Michele Bement said. "They kept saying it was because he had a lot of facial damage, a lot of muscle damage. They thought we were in denial."

Smith's mother, Oksana Bohatch, had even called her from the hospital to express her condolences and to say she could not attend the funeral, Bement said.

"It's a terrible situation," said prosecutor Charles Koop. "I don't know what words you can say to comfort family members when this type of error is made."