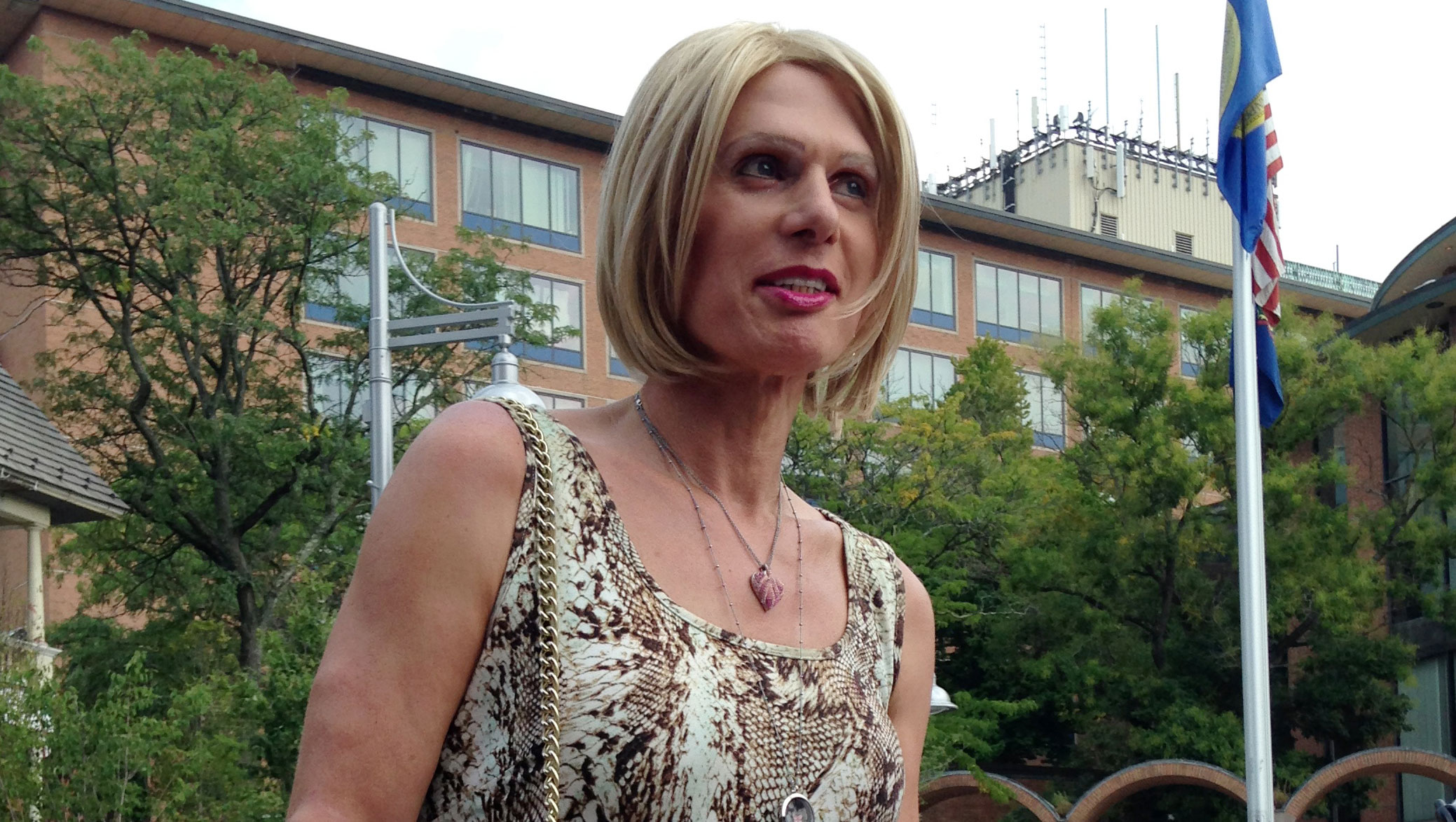 DOYLESTOWN, Pa. -- A judge on Wednesday cleared the way for a 48-year-old transgender woman to undergo gender-reassignment surgery, rejecting an effort by her parents to have the operation blocked.

Christine Kitzler is a transgender woman whose parents went to court to try and block her gender-reassignment surgery in Pennsylvania. She would rather die on the operating table than continue living with male anatomy she had previously said.

"I'm so happy," Kitzler whispered after the ruling.

The surgery, temporarily halted earlier this week by a suburban Philadelphia judge as he considers a longer stay, would also save her from backsliding into alcohol and drug addiction, Kitzler said.

Her parents, Klaus and Ingrid Kitzler, contend Kitzler is not competent to make an informed decision to have the surgery because of depression and a childhood learning disorder, and want a temporary guardian named.

Risk factors cited by her father -- including complications from her HIV and hepatitis C diagnoses -- were worth facing to have her body match the gender she's identified with since growing up, she said during a break in the emergency hearing.

"I might die from this. But it's worth dying," Kitzler said. "I would rather die than live the way I was and return to my bad addictions, like alcohol, because I can't do it and I won't do it."

Kitzler's parents said she was incompetent and needed to have a guardian appointed, but Judge C. Theodore Fritsch Jr. said they failed to provide clear and convincing evidence of that. He also rejected their request for an independent medical exam.

Kitzler's surgery had been scheduled for Tuesday in Pennsylvania, but Bucks County Judge C. Theodore Fritsch Jr. stopped it after her parents' lawyers filed for an injunction and asked for time for reflection before she goes through with what they called an irreversible surgery.

Testifying at the hearing, Klaus Kitzler underscored his concern for his daughter's health. He said he would accept her surgery if an independent psychiatrist deemed her fit to make the decision.

"I accept it, but I want to stop it," Kitzler told the judge. "I would love to have a son back who goes to church with us on Sunday mornings."

Christine Kitzler, who lives in Myrtle Beach, South Carolina, has already been through 16 months of pre-operative preparation, including a 24-hour fast before Tuesday's scheduled surgery, and has received clearances from mental health professionals that she is knowingly and willingly undergoing gender reassignment, her doctor said.

Her lawyer, Angela Giampolo, said she had never seen competency invoked to block a gender-reassignment surgery.

"This isn't a competency hearing. This isn't a guardianship hearing. It's a difference of opinion," the prominent Philadelphia gay-and-transgender-rights lawyer said.

Giampolo said Kitzler's parents are trying to prevent her from living an authentic life. They said they fear Klaus and Ingrid Kitzler want to bring her back to Ohio, win a court action there and permanently block the surgery.

"They have a daughter. They don't have a son," Kitzler said. "I'll have the parts. I am a woman."