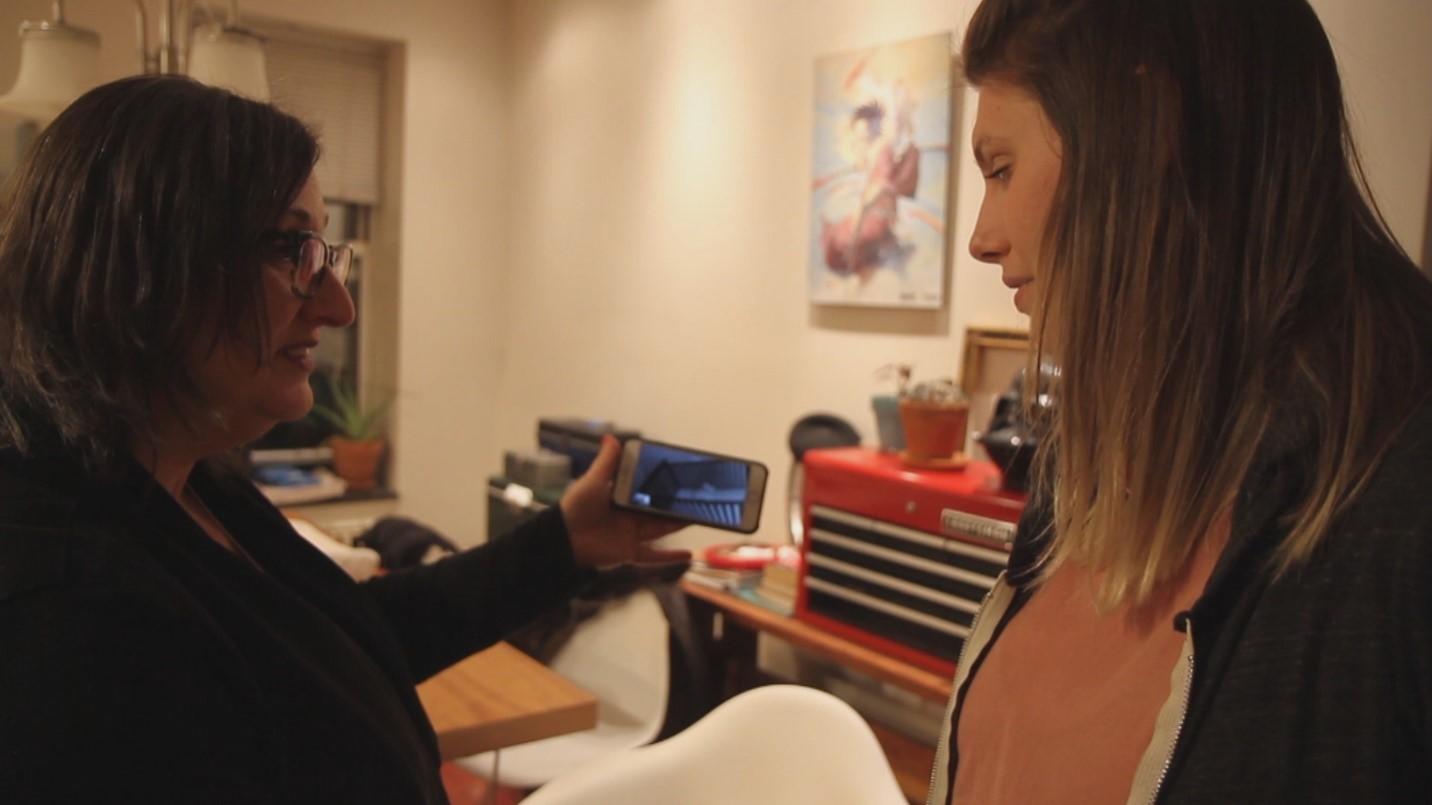 New parents face a host of challenges, but one of the most common is dealing with sleep issues. When children don't fall into a regular pattern of sleep, parents aren't sleeping much either.

"She was actually a pretty good sleeper. When we first brought her home from the hospital within a couple of days she was sleeping from about 11:00 at night until 5:00 or 6:00 in the morning," said Arielle Burnham of her 11 month old daughter, Cooper.

"Compared to my friends I thought oh my God this is, this really is amazing," she said. But that amazing period of restful nights was short-lived. When Cooper outgrew her bassinet, she slept in her mom and dad's bed until they got a mattress for her crib. Suddenly, it was taking a heroic effort to get Cooper to sleep for even small stretches of time.

"So to sleep I would have to rock her and nurse her or carry her around and sing to her 45 minutes," said Burnham. But it didn't end there. "We were getting her into that crib for maybe three or four hours…and then she would spend the rest of the night in bed with us and not really sleep and just kind of nursing all night at the all you can eat buffet."

Burnham estimates she and her husband slept just four hours total each night. New parents are often asked how their baby sleeps at night. For many, the answer is "not well." A recent study in the journal Pediatrics found that at six months old, only 43 percent of babies were sleeping 8-hour stretches and at 12 months old, only about 57 percent.

To train their infants to sleep when they do wake in the night, some parents won't go to their baby's crib, or may delay feeding. But for others, it is too difficult to ignore the crying.

"My husband and I were pretty firmly against any of the traditional sleeping training methods," said Burnham. "I felt personally like I hadn't done right by my baby. I didn't help her in the way that she needed and that was, I felt very guilty."

That's why Burnham called Mommywise, a company that provides 72 hours of in-home coaching and additional support after. The promise, according to owner Natalie Nevares, is to get babies to sleep through the night.

The plan for Cooper included breaking her habit of nursing to sleep and moving her crib out of her parents' bedroom. The strategy worked. The first night, it took Cooper less than 15 minutes to fall asleep. By night two, Cooper slept nearly 13 hours. After not sleeping an entire night for nearly 11 months, mom Arielle Burnham said she felt elation.

According to Nevares, a lot of babies are used to being fed to sleep or getting rocked to sleep. "Sleep association is what we're changing. We're changing how a baby falls asleep. That's it. And that's how I coach parents through the first bedtime. So at bedtime really all we're doing is putting the baby down awake," explained Nevares.

Despite how difficult it may be to ignore a baby's cries while trying to change their sleep patterns, pediatrician and American Academy of Pediatrics spokesperson Dr. Jennifer Shu says it is not harmful.

"Limited periods of letting a baby cry, even if it's every night for several minutes every night for about a week, are not known to cause long lasting harm to the baby's emotional and mental development," said Dr. Shu.

That being said, good sleep habits should begin early. Dr. Shu says she has seen parents get very young infants to sleep through the night with a certain strategy. "If a parent can expose their baby to a lot of natural daylight and regular noise throughout the day that can be helpful to have the baby set their internal clock, and then starting about 7 o'clock at night make it dark and quiet for your babies," said Dr. Shu.

If a baby is still having trouble sleeping, Dr. Shu recommends parents wait until babies are four to six months old to start a sleep training program, with the blessing of a pediatrician.

Some 3,500 infants die annually from sleep-related deaths, including Sudden Infant Death Syndrome. To reduce that risk, the AAP recommends babies sleep on their backs in a bare bassinet or crib and that parents share a room with the baby, ideally for a whole year.

Nevares says she respects the AAP recommendations, but does not think sleep training can be as successful if parents are room-sharing with their baby. She says with the right baby monitor, "you can see and hear your baby just as much as if your baby was in the room."

The advice may seem simple but the kind of personalized coaching Mommywise provides is an investment, with a price tag of up to $7,500 in big cities like New York.

When asked if the services are worth the cost, Nevares said, "our clients tell us every day that it was money well spent. I know we've saved marriages. I've seen mothers who literally couldn't cope at all."

Nevares said she knows sleep is a struggle for many parents, and she wishes she could help everyone the way she helped the Burnhams.

These days, they have a much easier time getting Cooper down for bed, and for mom Arielle, sleeping like a baby is priceless.