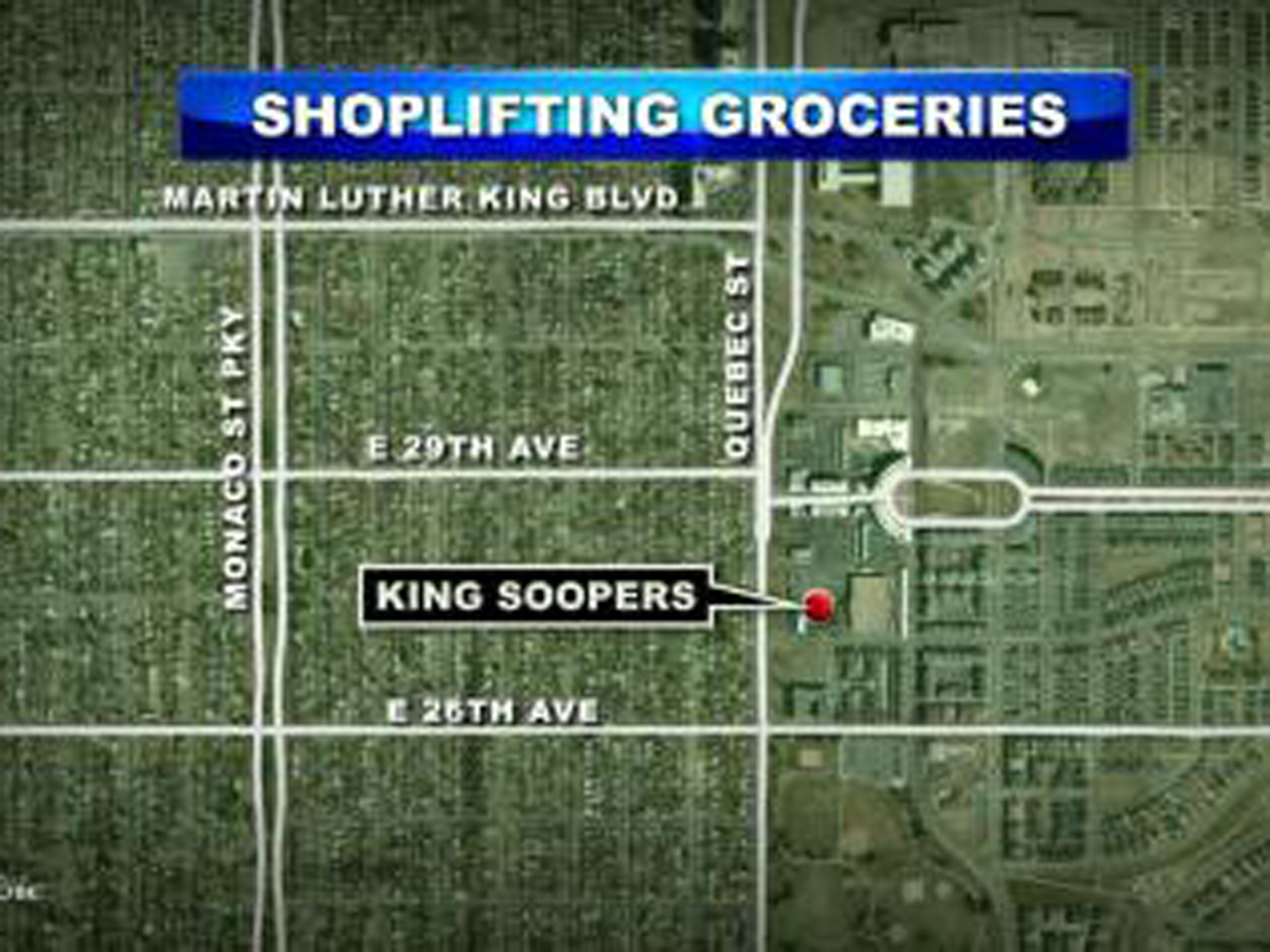 The incident reportedly happened at the King Soopers in the Stapleton neighborhood.

Police say the couple had their child in a shopping cart and used him to cover up the stolen items, according to the station.

A loss prevention team spotted the parents leaving the store without paying for the items.

Both parents were ticketed for shoplifting and wrongs to minors.