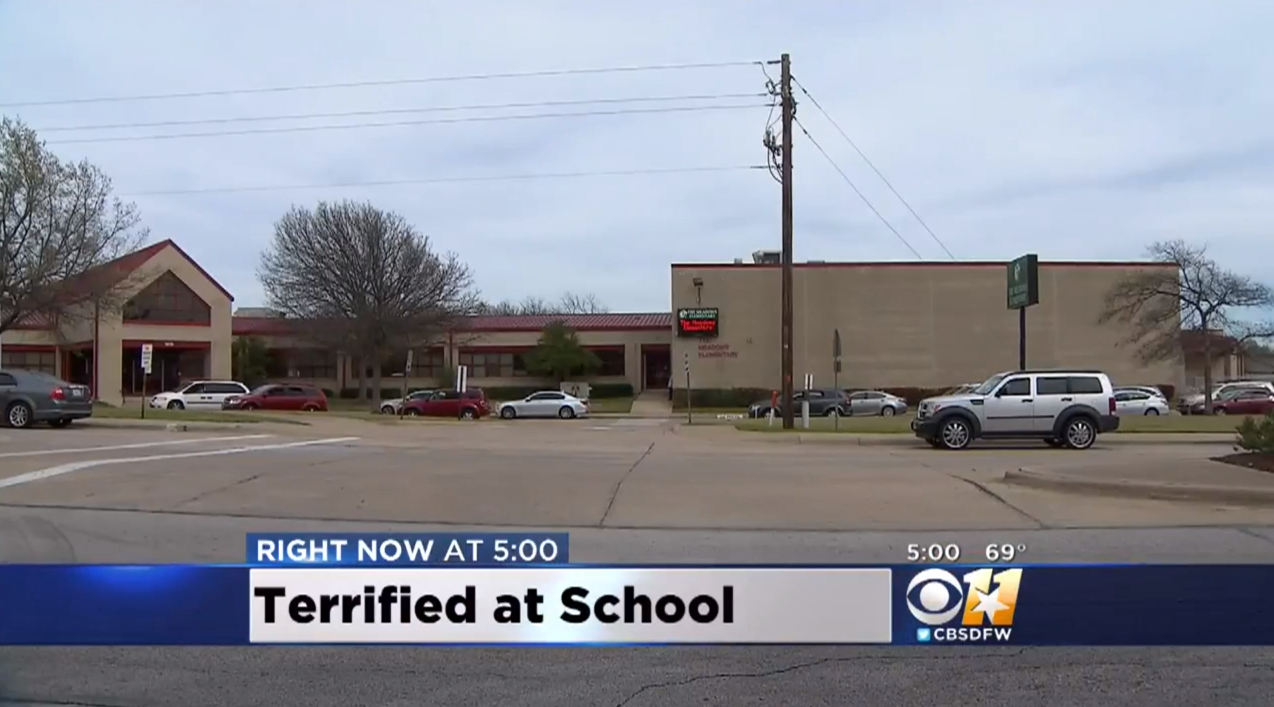 DESOTO, Texas -- Parents of a North Texas kindergarten student are considering legal action after they say their son was paddled by his teacher -- without their permission, reports CBS DFW.

Ayanna Smith says her five-year-old son was accused of sticking his tongue out at the teacher last Monday. She insists he didn't-- rather it had been another student who accused her son, reports the station.

She claims her son was taken into a room, his hands were held down, and he was beaten with a wooden object, calling it an "assault."

Smith says her son was excited to attend school. Now, she says her son is afraid of getting punished by the teacher again.

The DeSoto Independent School District is reportedly one of the few districts in Texas that still allows corporal punishment -- providing that the parents give written and verbal consent.

However, when they were completing enrollment forms, the Smiths tell the station they not only checked "No," but they also circled it and added asterisks.

"I've called," says Smith, who wants the teacher fired. "I've done all I could with the district and what they said was nothing's going to be done."

The district's superintendent has reportedly spoken publicly in support of corporal punishment.

Gabrielle Lemonier, assistant superintendent of DeSoto Independent School District, tells NBC DFWshe was "no excuses for what occurred." She says district policy requires the person administrating the punishment to verify that parents have given their consent, which she says wasn't done.

However, she says the district felt that new training on the protocol was the best way to ensure a similar incident doesn't happen again, rather than firing the teacher involved. She tells the station the district hasn't received any complaints on the policy before.

"If issues come to the forefront, where we feel like this procedure needs to be reevaluated, than more than likely that is what will occur," Lemonier tells NBC DFW. "It's a tool. It is a last resort. In many instances, it's a last resort."

Meanwhile, the family is consulting an attorney and in the meantime are home schooling the child.