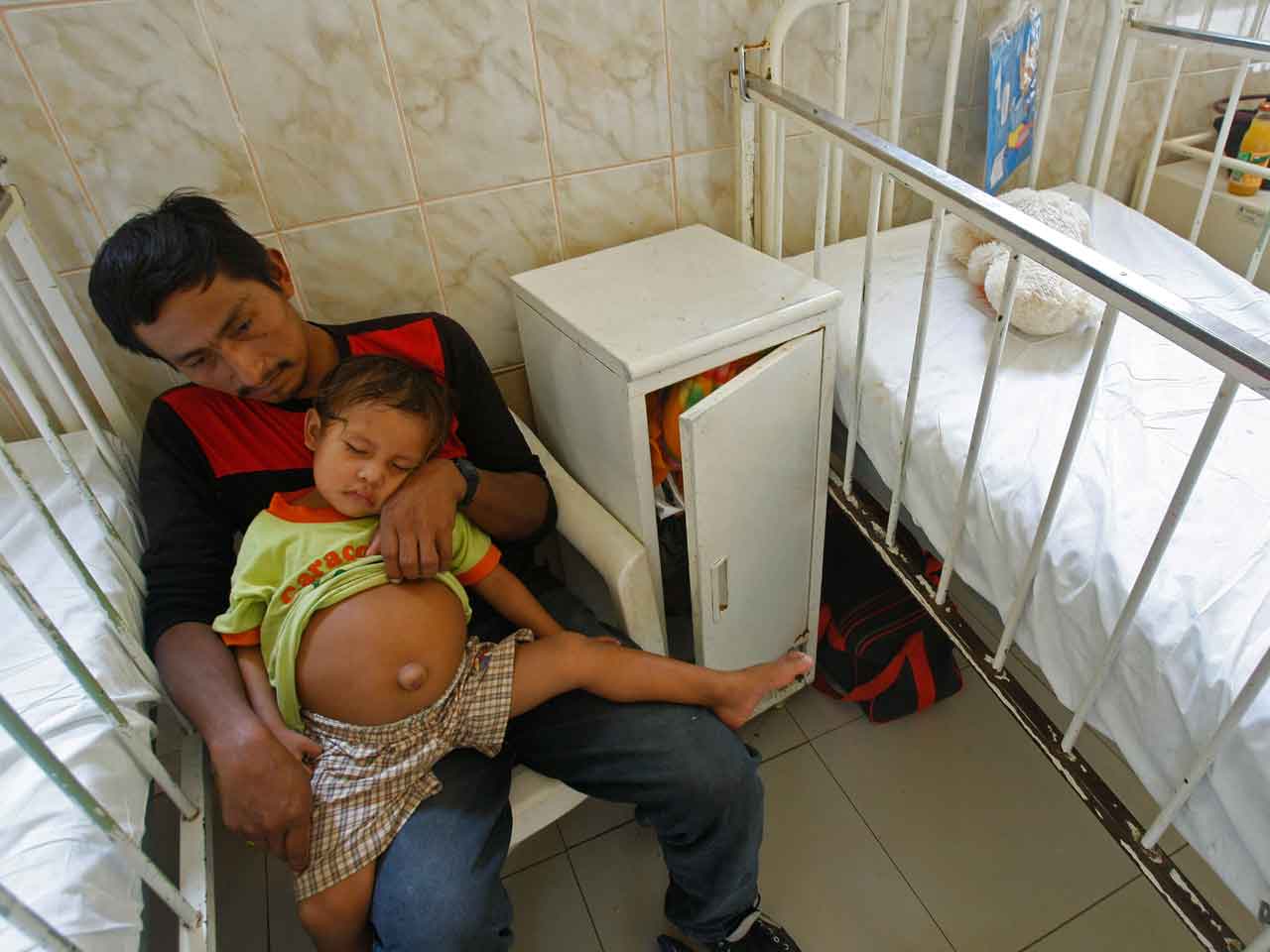 (CBS/AP) Three-year-old Isbac Pacunda absorbed his twin brother as they developed in their mother's womb. The result? A parasitic twin in the stomach of the living boy.

The partially formed fetus weighs a pound and a half and is 9 inches long, according to Dr. Carlos Astocondor of Las Mercedes Hospital in Chiclayo, Peru. Doctors in Peru found the parasitic twin and planned to surgically remove the tissue Monday.

Astocondor says the brain, heart, lungs and intestines never developed after the fetus was absorbed by the other fetus inside the mother's womb. He says it has some hair on the cranium, eyes and some bones.

Some conjoined twins are parasitic, meaning they rely on the body of the other for blood supply and organ function, Dr. Jonathan Fanaroff, a neonatologist at Rainbow Babies and Children's Hospital in Cleveland, told ABC News. But in Pacunda's condition, called fetus in fetu, the body of one twin absorbs the other during development.

Fetus in fetu occurs in about one of every 500,000 live births, according to Astocondor.