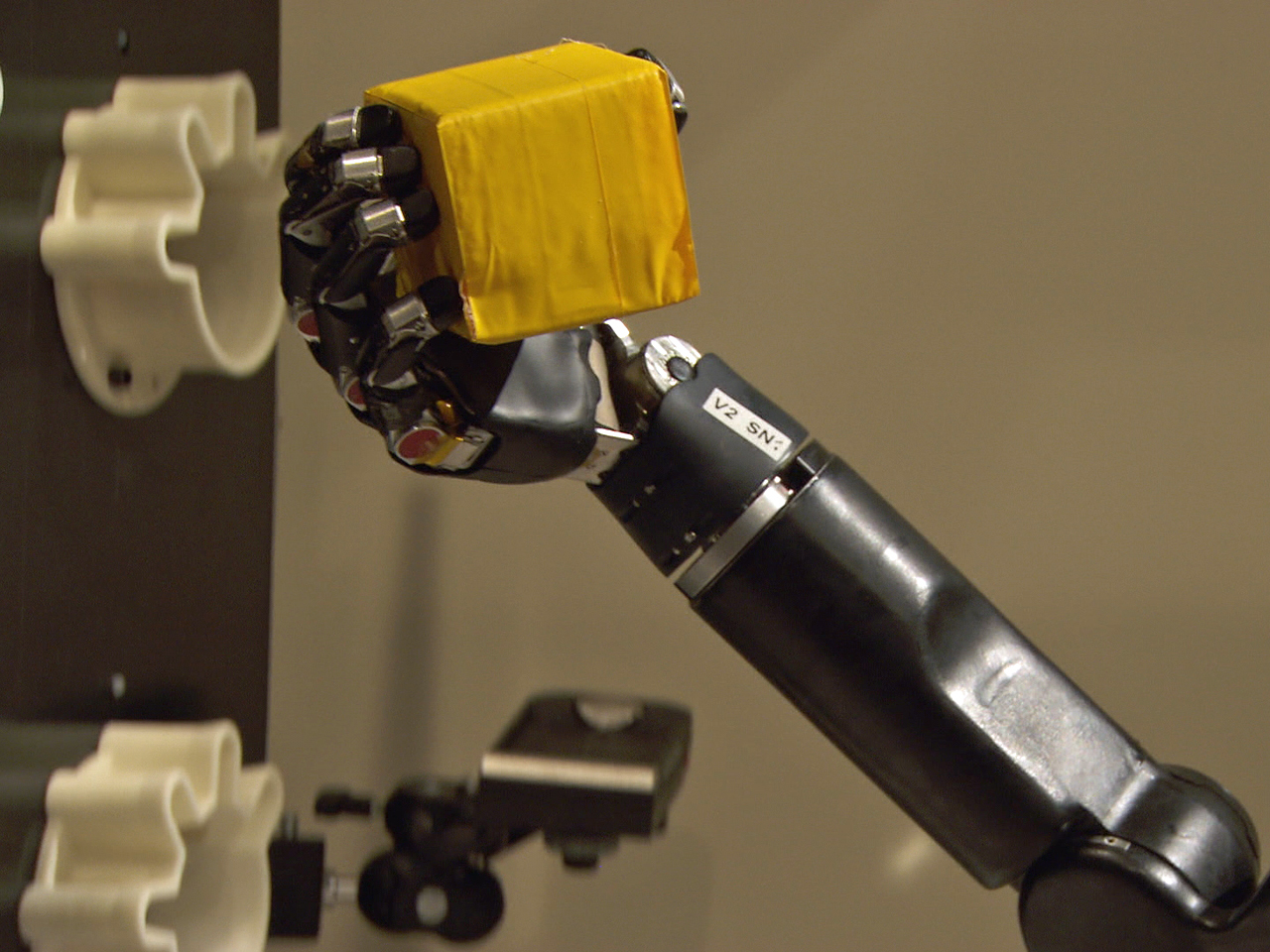 Jan, a Pittsburgh-area quadriplegic, has learned to move a robotic arm using nothing but her thoughts. She probably won't benefit from this breakthrough in her lifetime, but what doctors are learning from studying her progress could speed the development of new robotic prostheses that will improve the lives of millions, including veterans who have lost limbs. Scott Pelley reports on the latest breakthroughs in the quest to revolutionize artificial arms on Sunday, Dec. 30 at 7:30 p.m. ET and 7:00 p.m. PT.

Jan suffers from spinocerebellar degeneration, a genetic disease that has left her paralyzed from the neck down. She volunteered to have surgery to put two sensors directly on her brain that could be connected to a computerized robotic arm. She believes her participation in the study brings meaning to her life. "I've always believed there's a purpose to my illness," she tells Pelley. "I didn't think I would find out what it was in my lifetime and here came this study where they needed me," she says. "In a few years, the quadriplegics and the amputees, it's just going to help."

For Pelley and 60 Minutes cameras, she moved the robotic arm's hand and was able to make it shake Pelley's.

Her participation is a giant step for humans in a process scientists began in monkeys several years ago. Neuroscientist Andy Schwartz of the University of Pittsburgh was instrumental in the monkey research and is heavily involved in the project. It's part of a military initiative to fast-track the development of robotic prostheses in response to the 1,300 soldiers who have returned from Iraq and Afghanistan missing limbs.

Called "Revolutionizing Prosthetics," the $150 million mission is run by Dr. Geoffrey Ling, a neurologist and retired Army colonel. At Ling's direction, remarkable computerized artificial arms and hands have been designed that, in a few years, will be improving the lives of many. Others, with paralysis and other disabilities or diseases also may benefit from this research. Ling thinks there will be breakthroughs for many patients.

"We will have now created the possibility of restoration and we're not going to stop at just arms and hands," says Ling, who hopes that someday the research will lead to restoring sight and hearing. "I dream that we'll be able to take this into all sorts of patients...with stroke...cerebral palsy...the elderly," he tells Pelley.