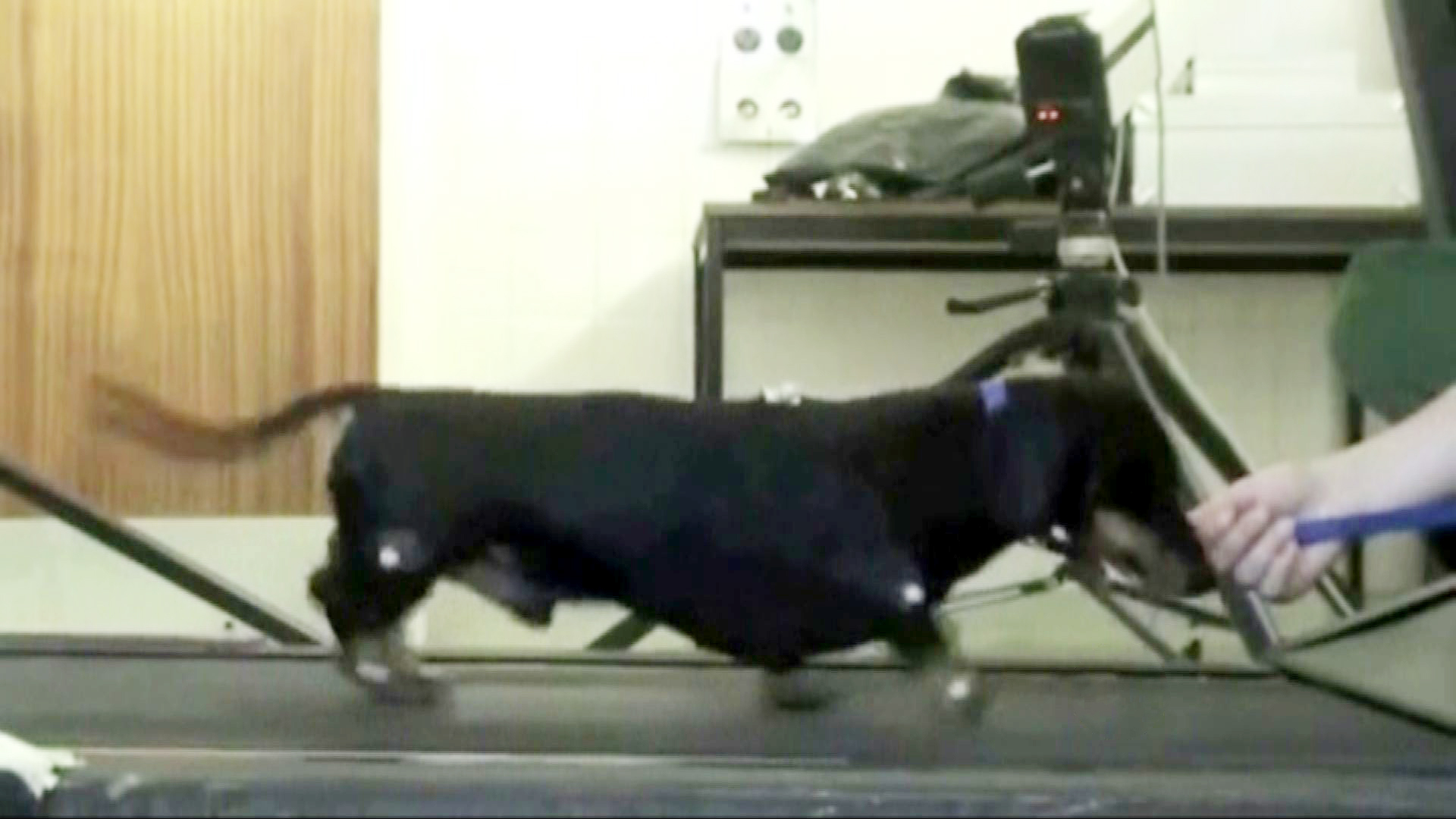 Paralyzed dogs have regained the ability to use their limbs in a new study, providing hope for people with spinal injuries.

After scientists injected paralyzed dogs at their injury sites with so-called olfactory ensheathing cells (OEC) taken from the linings of their noses, some were eventually able to walk. All the animals in the study suffered spinal injuries which prevented them from using or feeling anything in their hind legs.

"Our findings are extremely exciting because they show for the first time that transplanting these types of cell into a severely damaged spinal cord can bring about significant improvement," study author Robert Franklin, a regeneration biologist at the Wellcome Trust-MRC Stem Cell Institute, said in a press release. "We're confident that the technique might be able to restore at least a small amount of movement in human patients with spinal cord injuries but that's a long way from saying they might be able to regain all lost function."

The olfactory -- or smell -- system is the only part of the body where nerve fibers still grow in adults, according to the BBC. OEC, in particular, are from the back of the nasal cavity and cover the receptor cells that give people the ability to smell and send those signals to the brain. OEC helps make more nerve cells, which need to be constantly replaced.

The trial, which was led by a Cambridge University team and funded by the U.K's Medical Research Council, involved 34 pet dogs who were unable to use their back legs or feel pain 12 months or more after their initial injury. Twenty-three of the dogs had cells transplanted directly on the area of injury, and the rest received an injection of a neutral fluid. Early trials in humans had determined that the procedure would be safe.

The dogs were then tested every month for neurological function and their walk was analyzed using a treadmill and harness.

One of the dogs, a 10-year-old dachshund named Jasper, is now able to move around his house and keep up with other dogs, his owner May Hay told the BBC. Previously, he had to use a set of wheels because he couldn't use his back legs.

On closer inspection, OEC were able to make new nerve fibers to bridge the damaged area of the spinal cord.

However, it did not connect the brain back to the spinal cord. That means for humans if the transplantation was successful, it would not allow people to regain sexual, bowel and bladder function. While some dogs did regain function of these abilities, it was not statistically significant.

Geoffrey Raisman, chair of neural regeneration at University College London, said to the BBC that this advancement -- although one of the biggest steps made in recent years -- was not a cure.

"But, from a clinical perspective, the benefits are still limited at this stage. This procedure has enabled an injured dog to step with its hind legs, but the much harder range of higher functions lost in spinal cord injury -- hand function, bladder function, temperature regulation, for example -- are yet more complicated and still a long way away," Raisman said to the Telegraph.

Raisman, who was not involved in the study, discovered OEC in 1985.

"It's more likely that this procedure might one day be used as part of a combination of treatments, alongside drug and physical therapies, for example," Franklin added in a press release.