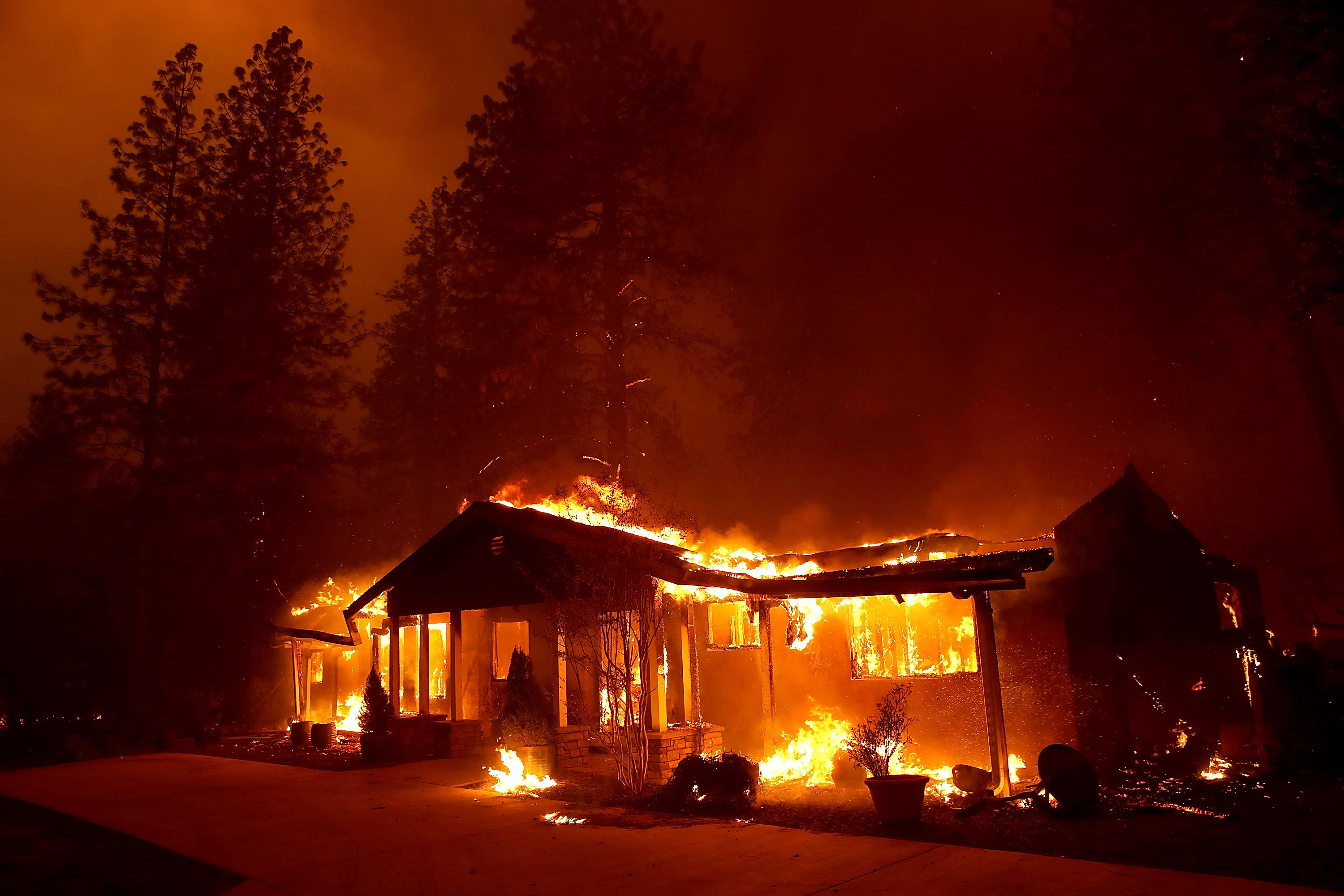 Massive wildfires are tearing through parts of California, destroying hundreds buildings and forcing thousands of people from their homes.  An emergency evacuation order was issued for several neighborhoods west of Los Angeles as firefighters frantically fought back the Woolsey Fire. The Camp Fire in Northern California exploded in size Thursday, burning about 20,000 acres and overtaking the town of Paradise, where around 30,000 people were forced to evacuate at the last minute.

The fire in Paradise burned fast, reports CBS News' David Begnaud. At one point, the unrelenting flames burned about 2,000 acres per hour taking down everything – big box stores, homes, and businesses – in its path. Nearly 2,300 firefighters are battling the flames, but as of Friday morning, it was still zero percent contained.

Surrounded by walls of flames, people drove through hell trying to escape as their homes burned to the ground. Powerful winds caused the Camp Fire to spread quickly, filling the sky with toxic smoke that could be seen from San Francisco.

"We grabbed our animals and some food and some clothes and we're getting the heck out of here," one man said.

There was little time for the 27,000 people who live in Paradise to evacuate. Some were forced to abandon their cars and sprint to safety as the intense flames closed in. Those who couldn't leave were taken to refuge centers until danger passed.

"We're talking devastated," McLean said. "The town center is completely on the ground. The south side as well as the north side has been hit very hard as well."

"I hope people got out. I woke up all my neighbors, got them out of bed. Next thing you know their house is on fire. I saved their lives," D'Amico said. "I don't think, there's not going to be a home left in Paradise. I don't know. When I left it was all on fire."

Winds are expected to die down Friday morning and firefighters said that should help for now, but they are expected to pick back up again on Sunday. Fire officials said it could take days to figure out how many people died.

Meanwhile, the intensifying Woolsey Fire in Oak Park, northwest of Los Angeles, quadrupled in size in just hours, reports CBS News' John Blackstone. It's already burned dozens of homes and threatens 30,000 more. The conditions there are bone dry and erratic winds with speeds ranging from 20 to 55 mph are rapidly fanning the flames.

Thirty-thousand people have been evacuated so far and the number of evacuees is expected to rise as embers push ahead of the fire. One evacuation center was even forced to close down as the flames spread.

Another blaze just west of that area, dubbed the Hill Fire, topped 10,000 acres on Thursday. Hundreds of firefighters are still struggling to contain it. The devastation these communities are facing cannot be understated.