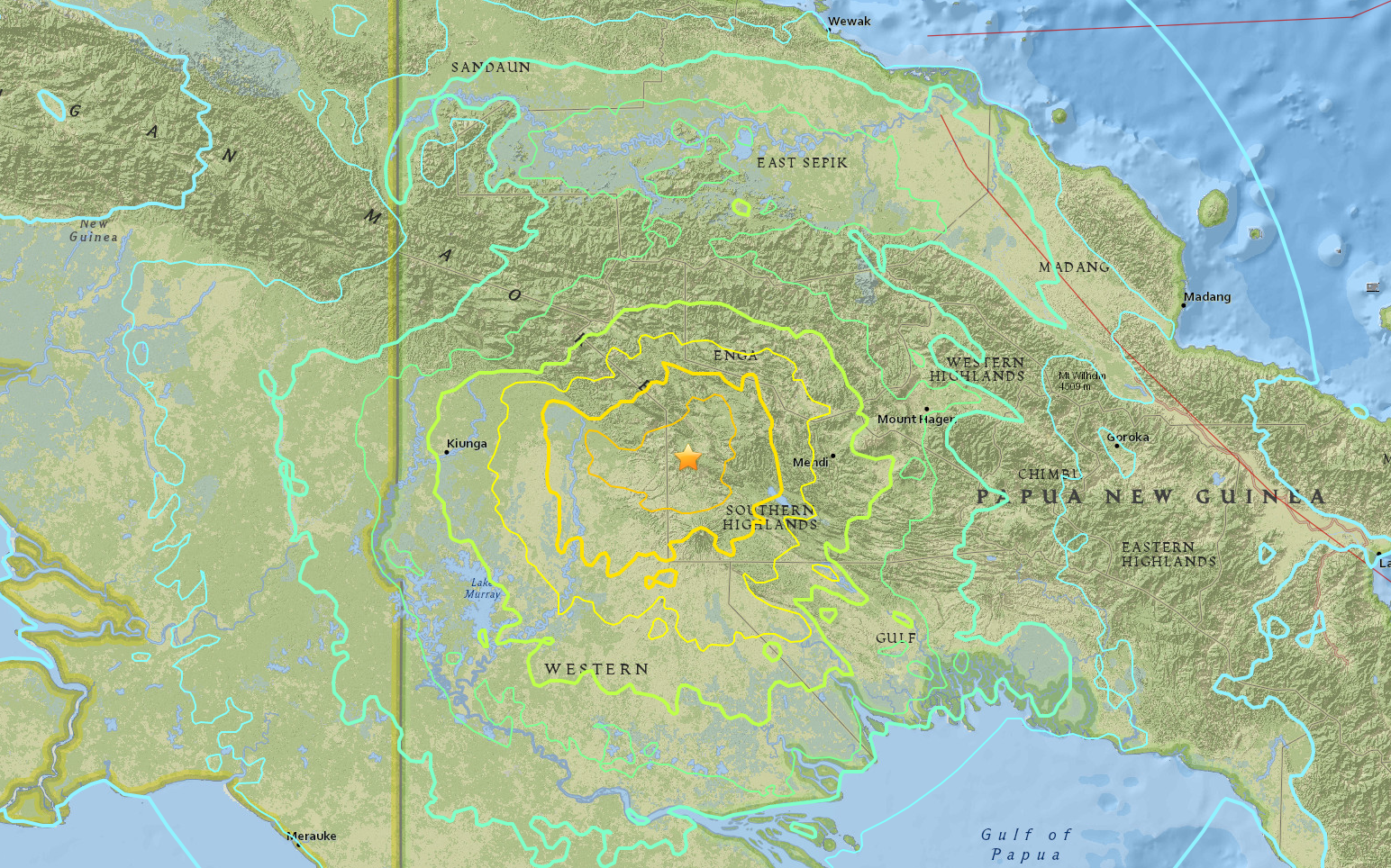 WELLINGTON, New Zealand -- A powerful earthquake rattled forest villages and a large gold mine in central Papua New Guinea early Monday, but there were no immediate reports of injuries. Officials were waiting for more information about damage from the magnitude-7.5 quake that hit about 89 kilometers, about 55 miles, southwest of Porgera in the Pacific Island nation.

Chris McKee, acting director of geohazards management for the Papua New Guinea government, said tens of thousands of people live in the forested highlands region affected by the quake.

"There seem to be quite a few reports of the quake being felt strongly," he said.

The area also is home to a number of oil and gas operations and coffee plantations, McKee said. Porgera is the site of a large gold mine that employs more than 2,500 residents.

A mine official wrote on Facebook of plans to find out what caused power blackouts and other damage after the quake shook the whole area. McKee said he expected to see more detailed reports of damage later in the day.

The area lies along an earthquake zone known as the Papuan Fold Belt, which is the fault is responsible for the mountain range that forms the spine of the nation, he said.

The quake hit at a relatively shallow depth of 35 kilometers (22 miles), and shallow quakes tend to be more strongly felt. A series of strong aftershocks had rattled other parts of the fault line, McKee said.

He added that the quake was caused by one side of the fault moving over the other side, squeezing the ground together and causing a thrust process.

Many people in the region lead subsistence lifestyles, and homes constructed with local materials would likely hold up fairly well, McKee said. More concerning was any heavy masonry used in industrial construction, he said.

The Geological Survey website had dozens of reports of people feeling the quake, including some saying the shaking was violent. Geophysicist Paul Caruso said there was no tsunami danger.

Papua New Guinea is located on the eastern half of the island of New Guinea, to the east of Indonesia. It is home to about 7 million people.