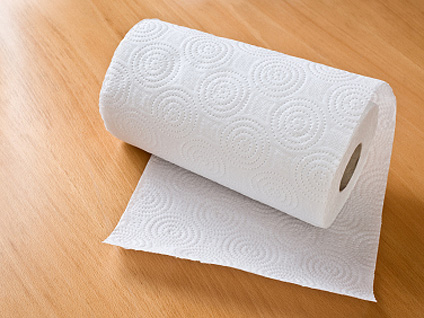 MONTREAL -- A Canadian study may give you pause for thought next time you reach for a paper towel in a public washroom.

The study finds bacteria thrive on the paper products, even on unused towels.

The new study by researchers at Laval University in Quebec City, and published in the American Journal of Infection Control, says some of those germs could be transferred to people after they've washed their hands.

Research into bacterial transmission from unused paper towels to hands and surfaces has not previously been well-documented.

The study authors cautioned that their work doesn't imply that paper towels are unsafe; just that they could possibly be an unwanted source of contamination in certain environments.

For example, the study suggests paper towels could pose a danger in certain clinical or industrial settings or for those with immune disorders.

A study of six towel brands, all commercially sold in Canada, showed all had germs. However, recycled towels were the most heavily contaminated.

"In our study, the concentration of bacteria in the recycled paper was between 100- to 1,000-fold higher than the virgin wood pulp brand," the researchers wrote.

No illness was found to be connected to paper towel use.

Scientists wrote that the findings in their paper towel study are consistent with high bacterial counts found in other products made of recycled paper. Researchers also say the bacteria may thrive on recycled paper because it contains binding ingredients like starches and fillers, which serve as food.

Paper manufacturers reject the notion that paper towels are worse than using hand dryers. One such company argues on its website that towels are a better bet, because dryers often contain bacteria on the actual device.

While at least 17 bacterial species were found on the towels, researchers found the most common one was Bacillus, which is transferable to hands and linked to food poisoning.

Contamination is a problem in the pulp and paper industry, where contaminated machinery can later affect the paper product.

"Because of their high resistance to a wide range of chemical and physical agents, Bacillus spores may survive the various procedures encountered in the papermaking process," the authors write.

"It is worth mentioning that harmful toxin-producing Bacillus species were also detected in paper mills."