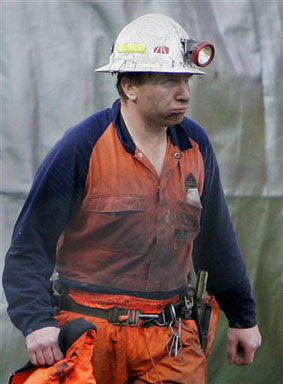 Mark Parrish is proving that his rookie season was no fluke.

Parrish had two goals and one assist in the Florida Panthers' 5-1 victory over the Boston Bruins on Saturday night.

Parrish, who scored 24 goals as a rookie, has 21 this season.

"I'm happy to reach the 20-goal plateau again this year," Parrish said. "I'm playing with more confidence than I did last year because I didn't know what to expect coming into the league as a rookie."

Pavel Bure scored his league-leading 39th goal to seal the game for the Panthers, the only NHL team with a winning record (6-4-3) in Boston.

"It is nice to keep scoring," Bure said. "What makes us a good team is that we have so many different guys that step up each game."

Mikhail Shtalenkov made 24 saves as the Panthers snapped a four-game road winless streak.

"There is not enough talent on this team for us to have certain players carry us," Bruins captain Ray Bourque said. "For us to be successful, everybody has to push it to the limit."

Boston hasn't won consecutive home games since November and has only one win in its last six games.

"Obviously, we are frustrated, and the loss hurts that much more because we are running out of games," Bruins defenseman Don Sweeney said.

Ryan Johnson gave the Panthers a 1-0 lead at 5:27 when he took Cam Stewart's pass and bet Bruins goalie Byron Dafoe. After the goal, some Bruins fans started chanting, "We want Tallas" in reference to backup goalie Rob Tallas.

The Bruins made it 2-1 when Shawn Bates scored his second of the season. Ken Belanger slid a pass from behind the net through the legs of Panthers defenseman Paul Laus, and Bates jammed it past Shtalenkov.

"I didn't want him staying in there and getting the abuse," Bruins coach Pat Burns said. "Maybe we will have to stick with Robbie, but nothing I'm doing seems to be the right thing."

Dafoe went straight to the locker room without returning for the final nine minutes. He has struggled this season, after missing the first 12 games because of a contract dispute. Dafoe ranks among the bottom-third in the NHL in save percentage and goals-against-average.

Florida is on pace for 47 wins and 105 points, which would set franchise records.