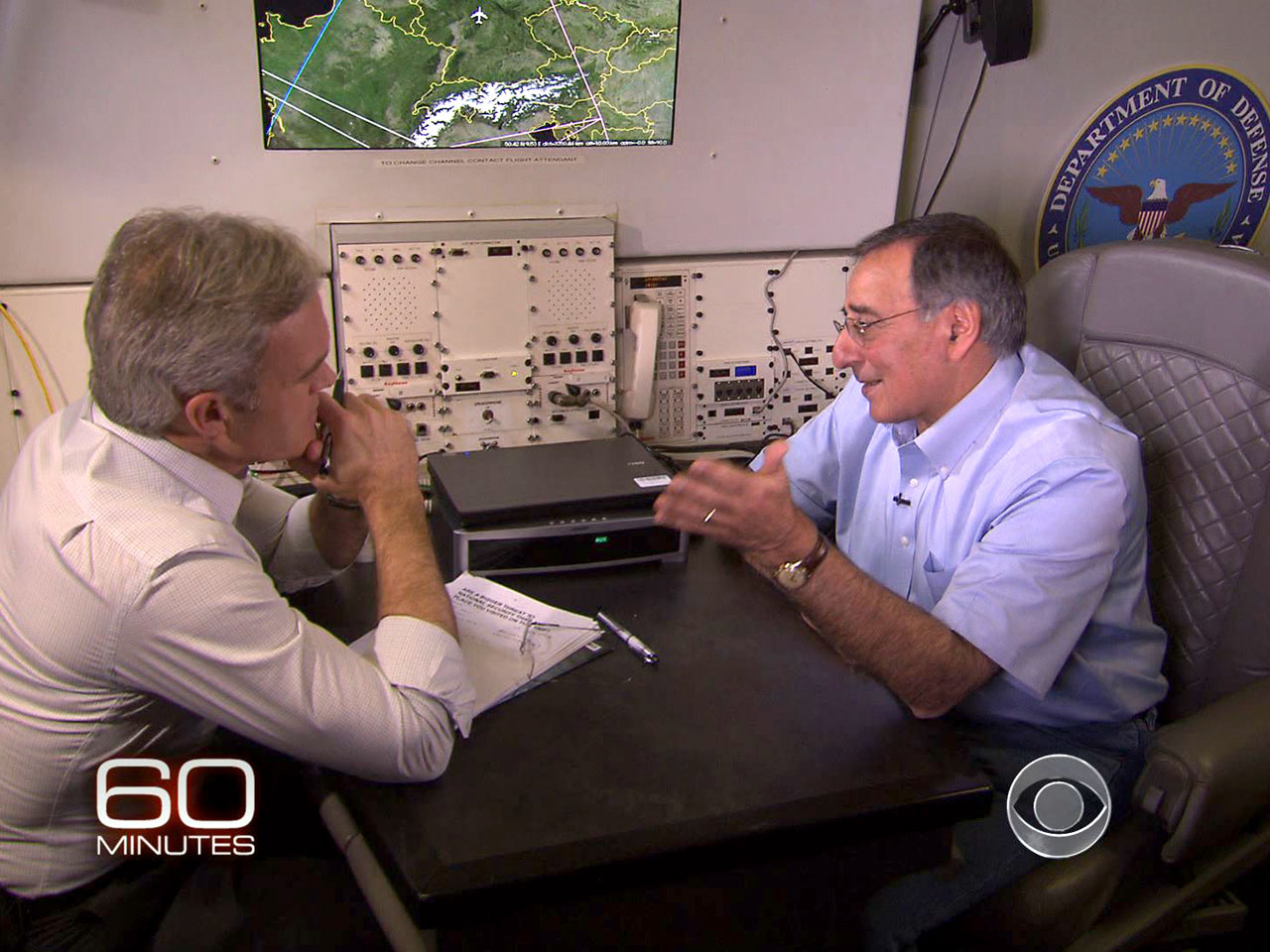 The U.S. Secretary of Defense said Monday night that Iran will not be allowed to develop a nuclear weapon. In an interview, Leon Panetta, said despite the efforts to disrupt the Iranian nuclear program, the Iranians have reached a point where they can assemble a bomb in a year or potentially less.

Secretary Panetta spoke with us at the end of an overseas trip during which he reviewed strategy in Afghanistan and formally ended the war in Iraq.

CBS News anchor Scott Pelley caught up with Secretary Panetta on his tour last week of Iraq, Afghanistan and Libya. On the way home, he boarded the jet nicknamed "The Doomsday Plane." This is the command post where he and the president would direct a nuclear war. In an interview for "60 Minutes," we sat down in the compartment where he would execute the commander-in-chief's orders. Panetta told CBS News that Iran needs only one year to build a nuclear weapon.

Pelley: So are you saying that Iran can have a nuclear weapon in 2012?

Panetta: It would probably be about a year before they can do it. Perhaps a little less. But one proviso, Scott, is if they have a hidden facility somewhere in Iran that may be enriching fuel.

Pelley: So that they can develop a weapon even more quickly...

Panetta: On a faster track....

Pelley: Than we believe....

Pelley: If the Israelis decide to launch a military strike to prevent that weapon from being built, what sort of complications does that raise for you?

Panetta: Well, we share the same common concern. The United States does not want Iran to develop a nuclear weapon. That's a red line for us and that's a red line, obviously, for the Israelis. If we have to do it we will deal with it.

Pelley: You just said if we have to do it we will come and do it. What is it?

Panetta: If they proceed and we get intelligence that they are proceeding with developing a nuclear weapon then we will take whatever steps necessary to stop it.

Panetta: There are no options off the table

Pelley: A nuclear weapon in Iran is...

Panetta also told CBS News that while Iran needs a year or less to assemble a weapon, he has no indication yet that the Iranians have made the decision to go ahead.