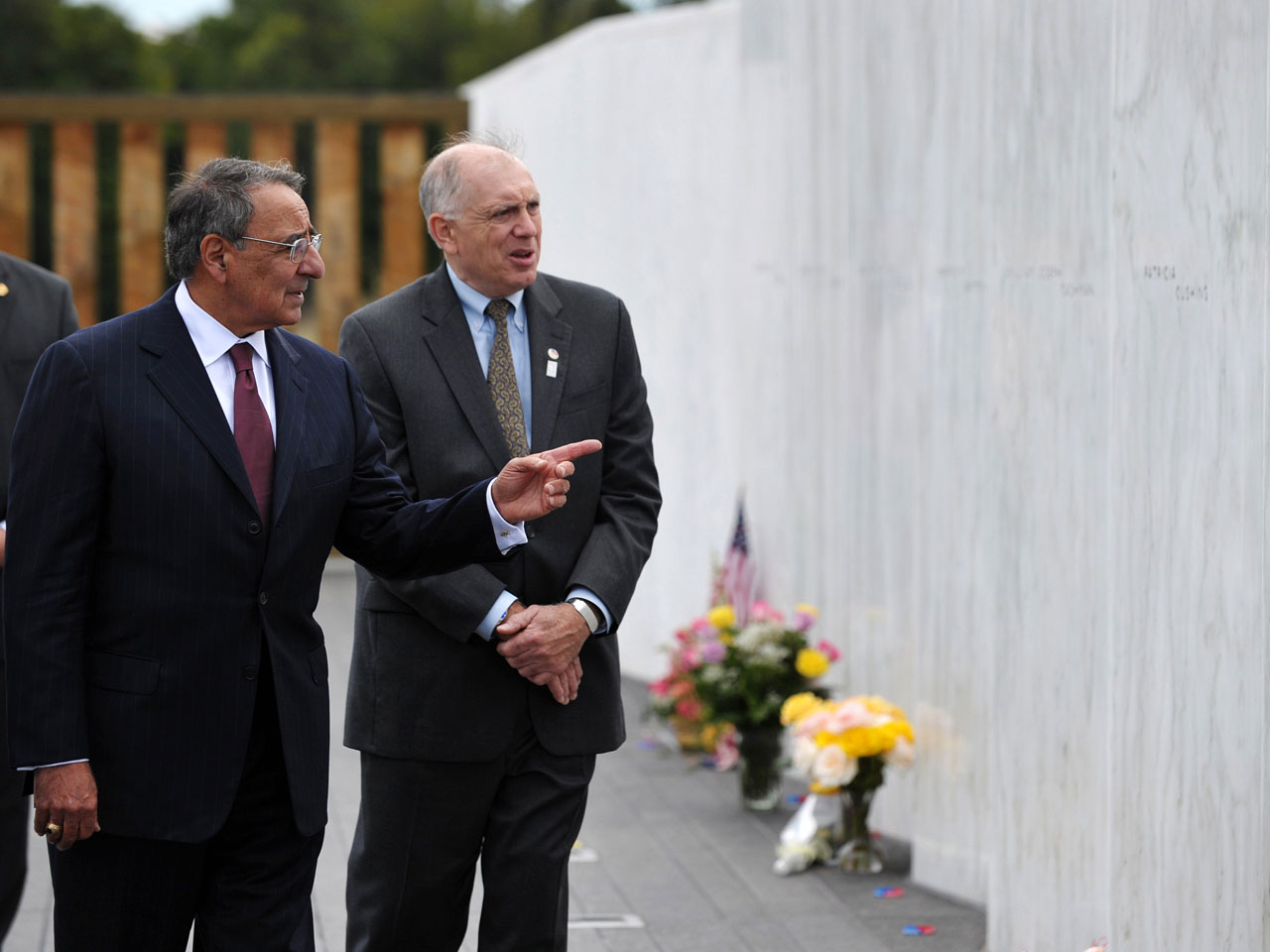 Panetta visited the memorial Monday for the first time, paying his respects to the 40 passengers and crew members who died during the terrorist attacks on Sept. 11, 2001.

He walked down to the wooded area where the plane crashed and met with relatives of people who were on the plane.

United Flight 93 was traveling from Newark, N.J., to San Francisco when it was hijacked by four terrorists. The 9/11 Commission said the terrorists likely wanted to crash the plane into the White House or the U.S. Capitol, but the jet went down in a field near Shanksville, Pa., after passengers fought back.