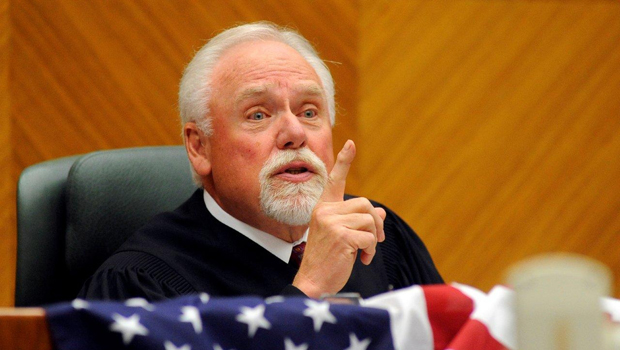 HELENA, Mont.  - A former Montana judge who was investigated for forwarding a racist email involving President Barack Obama sent hundreds of other inappropriate messages from his federal email account, according to the findings of a judicial review panel released Friday.

Many of the emails also related to pending issues that could have come before Cebull's court, such as immigration, gun control, civil rights, health care and environmental issues, the council found in its March 15, 2013, order.

The investigation looked at four years of Cebull's personal correspondence sent from his official email account. Investigators also reviewed his past cases and interviewed witnesses.

The investigation found no evidence of bias in Cebull's rulings or sentences, and the witnesses generally regarded him as a "good and honest trial lawyer, and an esteemed trial judge," according to the report.

The 9th Circuit council issued Cebull a public reprimand; ordered no new cases be assigned to him for 180 days; ordered him to complete training on judicial ethics, racial awareness and elimination of bias; and ordered him to issue a second public apology that would acknowledge "the breadth of his behavior."

The panel said impeachment was not warranted because Cebull did not violate federal or state law, though two of the judges on the council said they would have asked for his resignation.

But none of the sanctions took effect and the findings did not become public until Friday on the order of a national judicial review panel.

After Cebull retired May 3, the 9th Circuit council vacated its previous order and wrote a new one calling the complaints against Cebull "moot" because of his retirement.

The panel also omitted details from the original unpublished order about the other emails Cebull had sent.

That prompted Judge Theodore McKee, the chief judge of the 3rd U.S. Circuit, to file a petition with the national Judicial Conference's Committee on Judicial Conduct and Disability, asking the committee to review the council's work and publish the original March 15 order.

The 9th Circuit Council told the national review panel in response that it sought only to disclose enough about the investigation to ensure the public knows the matter was taken seriously, and it did not intend to publish the original order.

The national committee ruled that Cebull's retirement only affected the sanctions, but the factual findings and legal conclusions of the investigation must still be published.

"The imperative of transparency of the complaint process compels publication of orders finding judicial misconduct," the national judicial panel wrote in its decision.

A phone number listed under Cebull's name was disconnected Friday, and an after-hours phone call to the U.S. District Court in Billings went unanswered.

Cebull himself and 10 others requested the misconduct investigation after The Great Falls Tribune reported Cebull forwarded an email in February 2012 that included a joke about bestiality and Obama's mother. Cebull apologized to Obama after the contents of the email were published.

He told the 9th Circuit panel that his "public shaming has been a life-altering experience" and that he was "acutely aware that each day in my court is the most important day in someone's life."

Cebull was nominated by former President George W. Bush and received his commission in 2001. He served as chief judge of the District of Montana from 2008 until 2013.